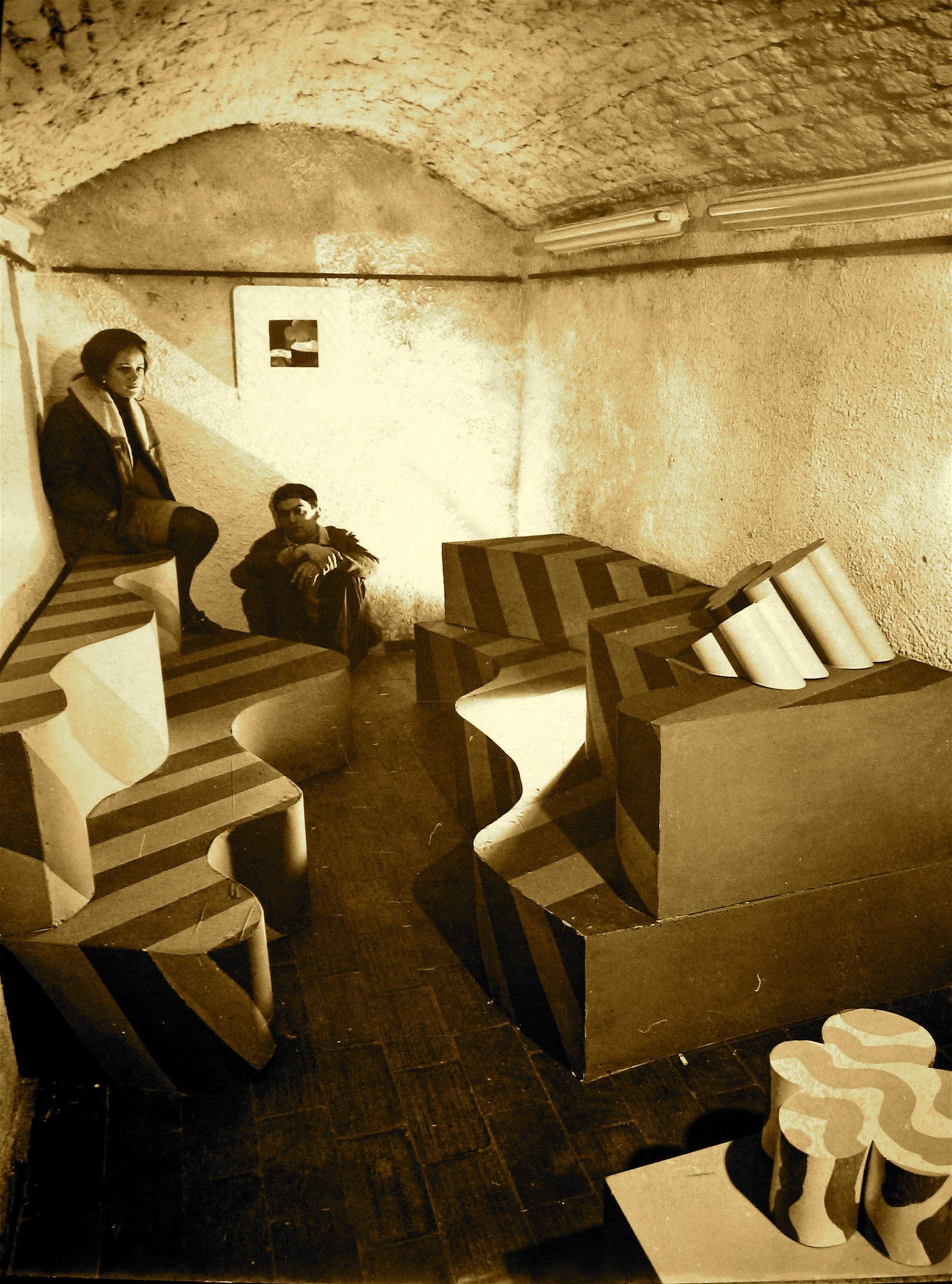 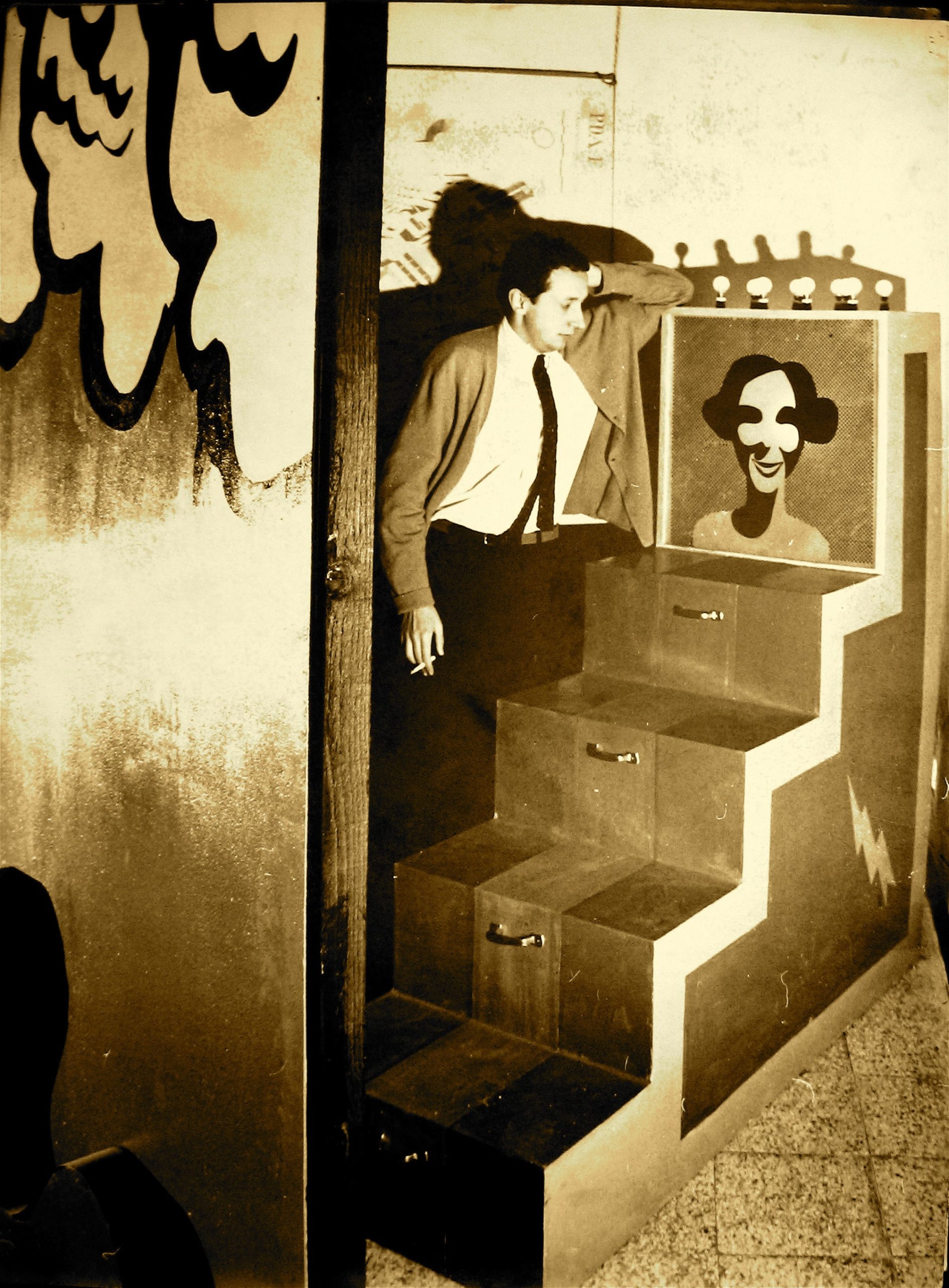 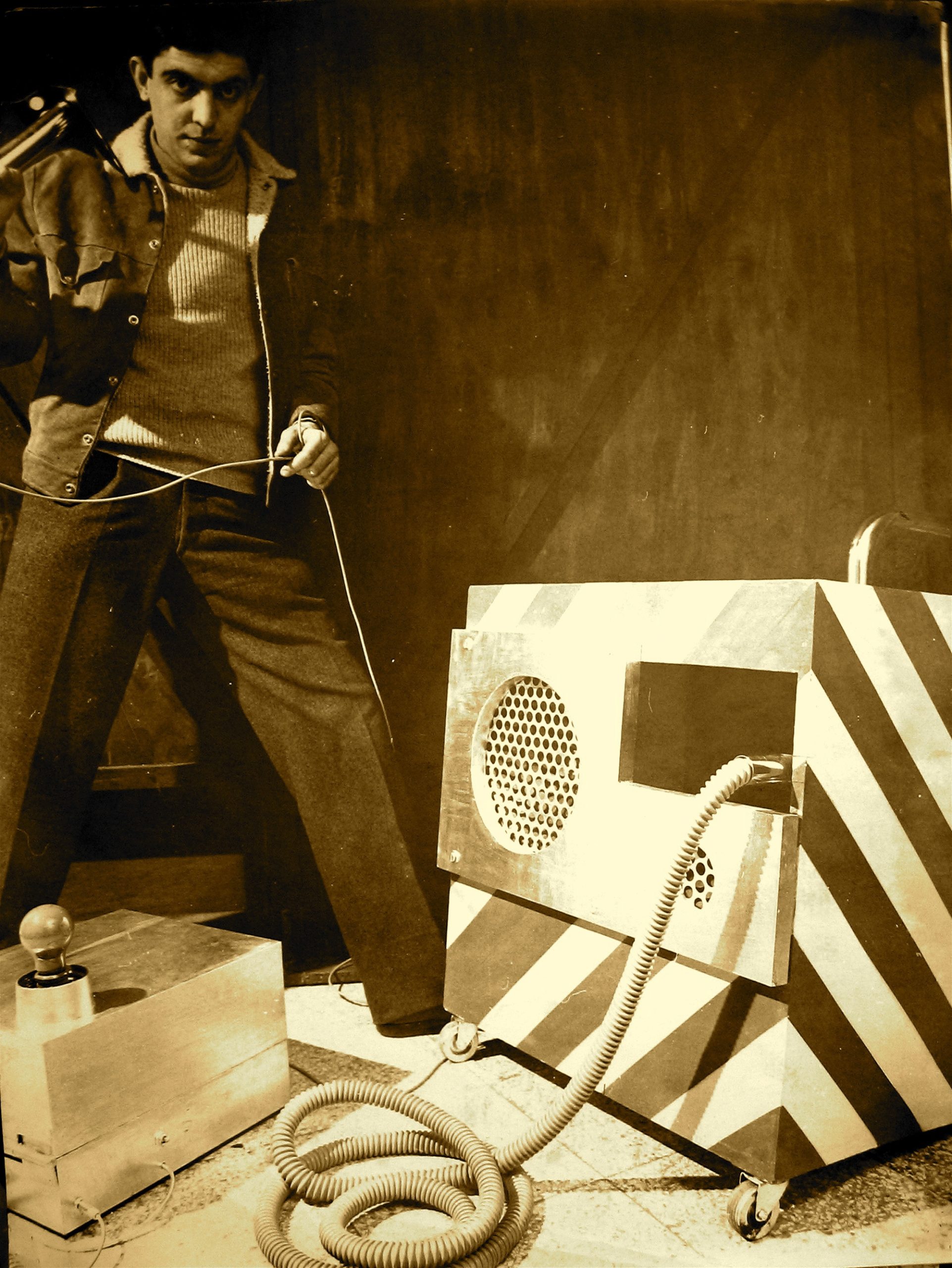 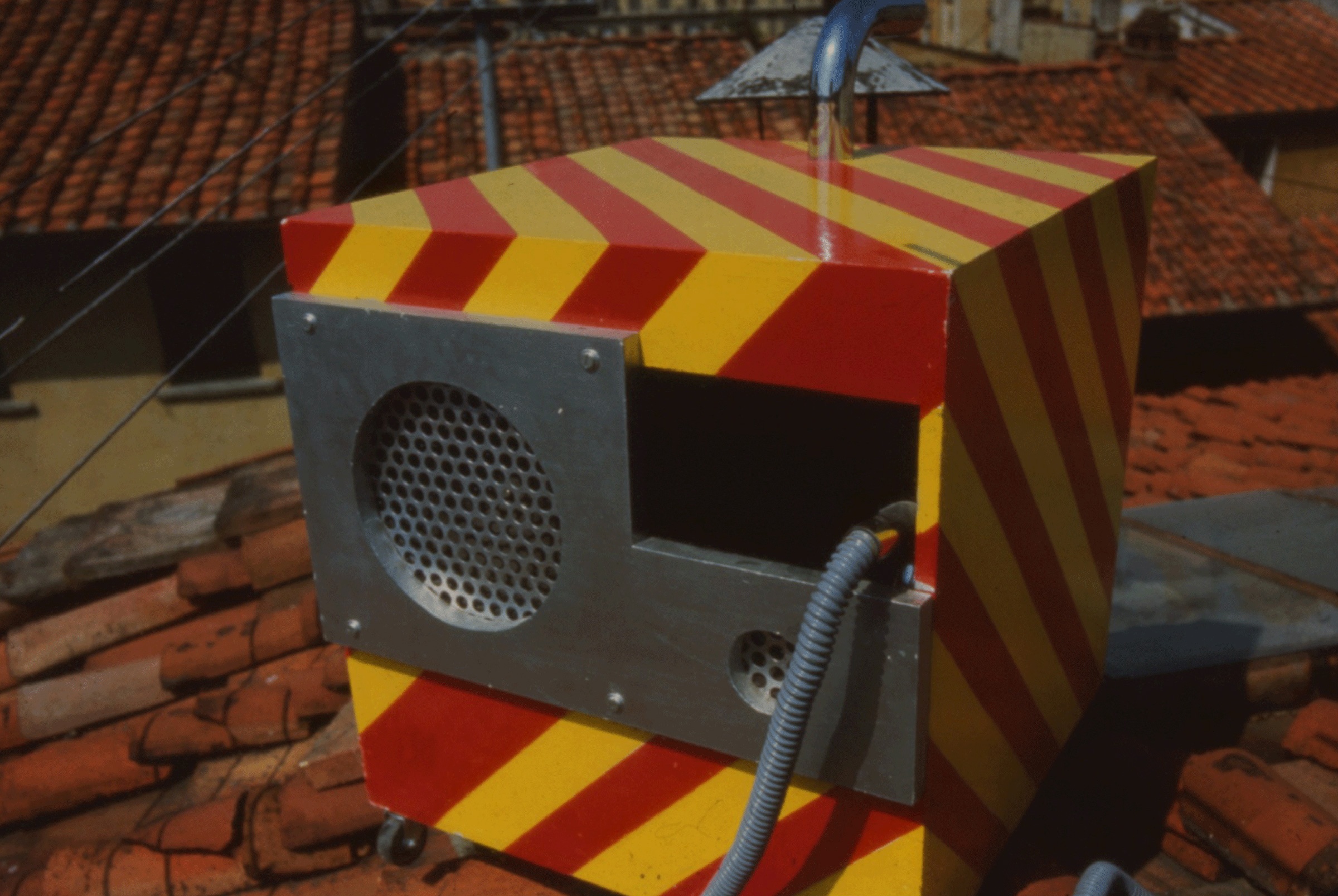 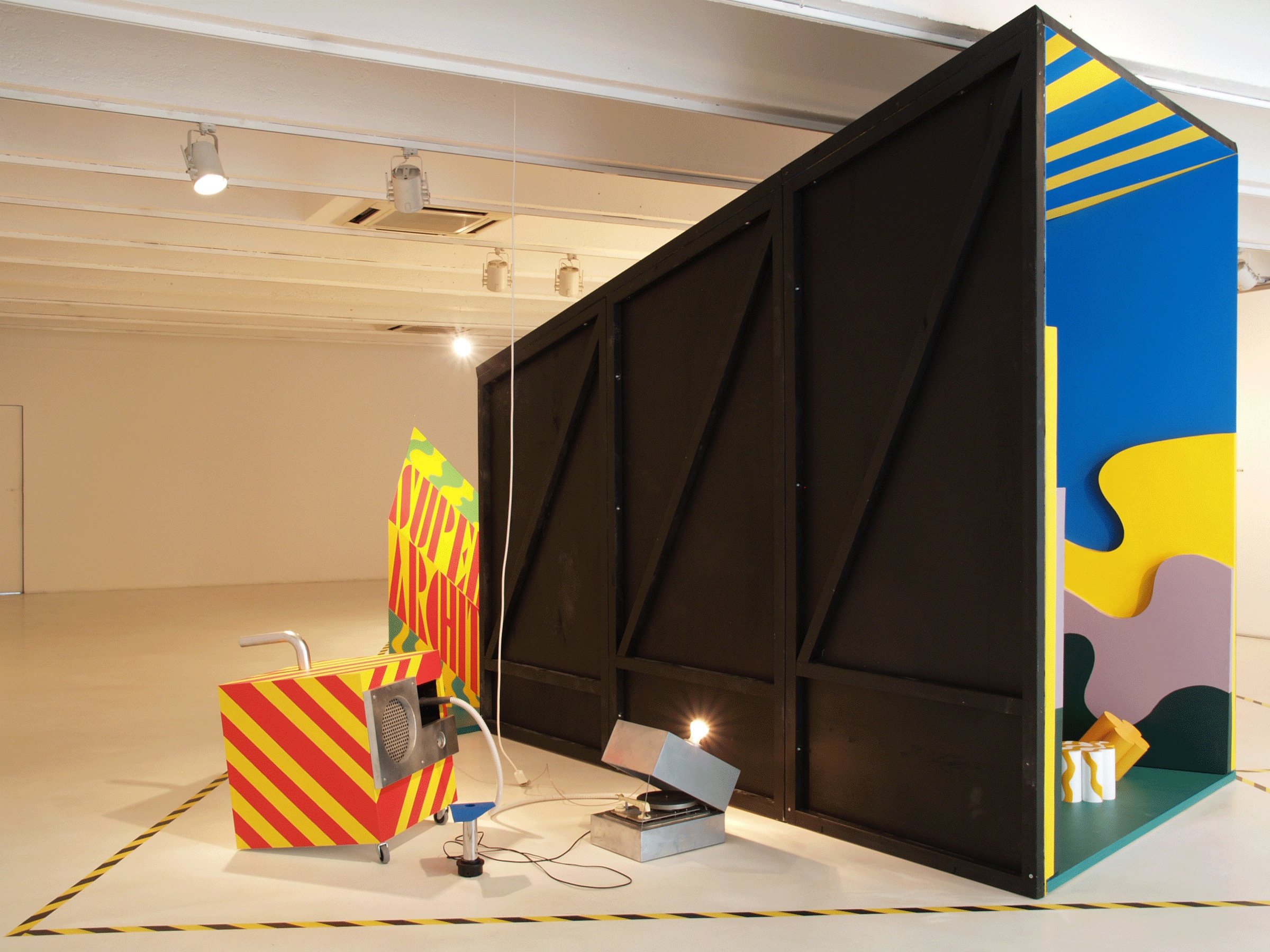 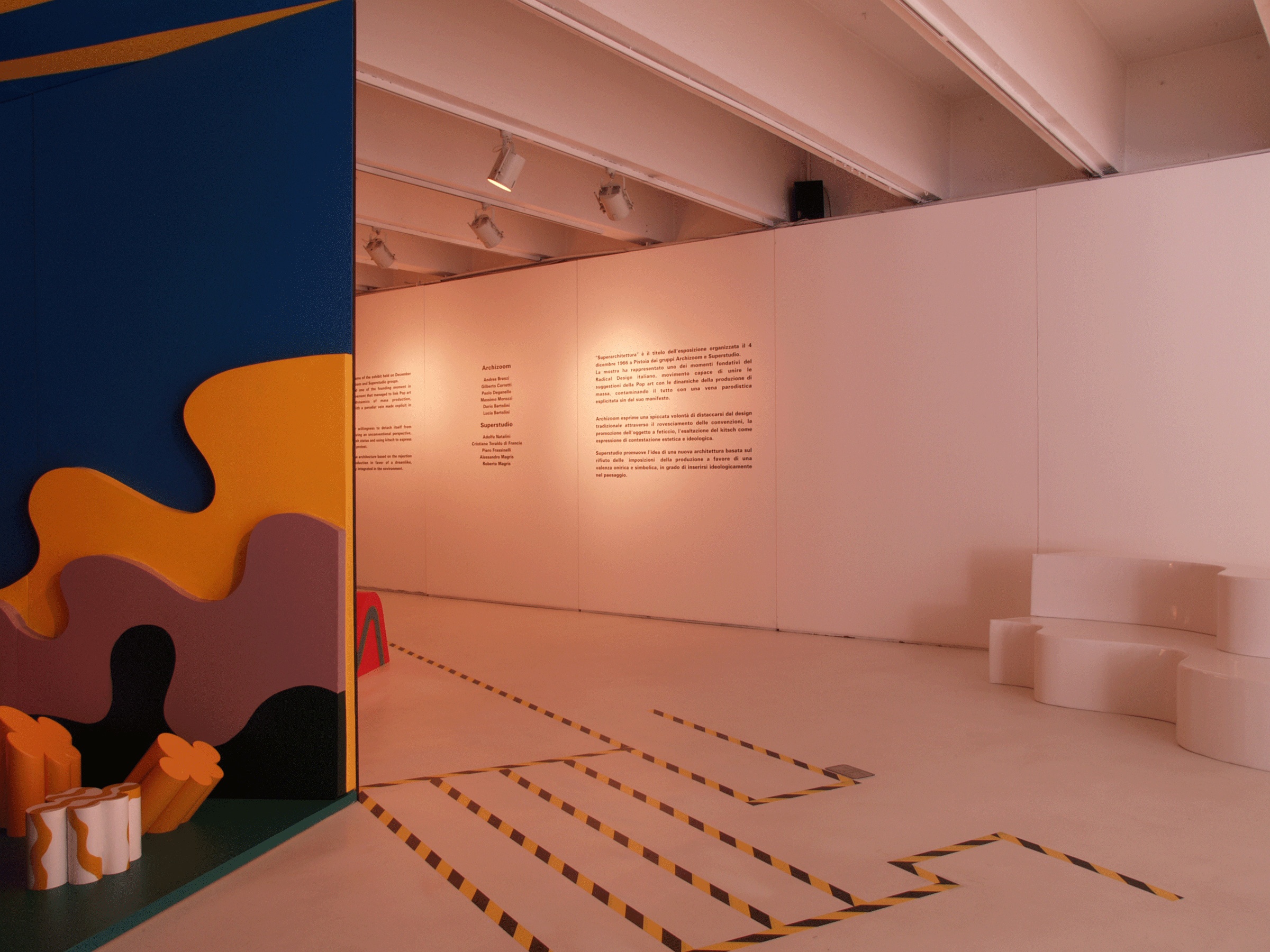 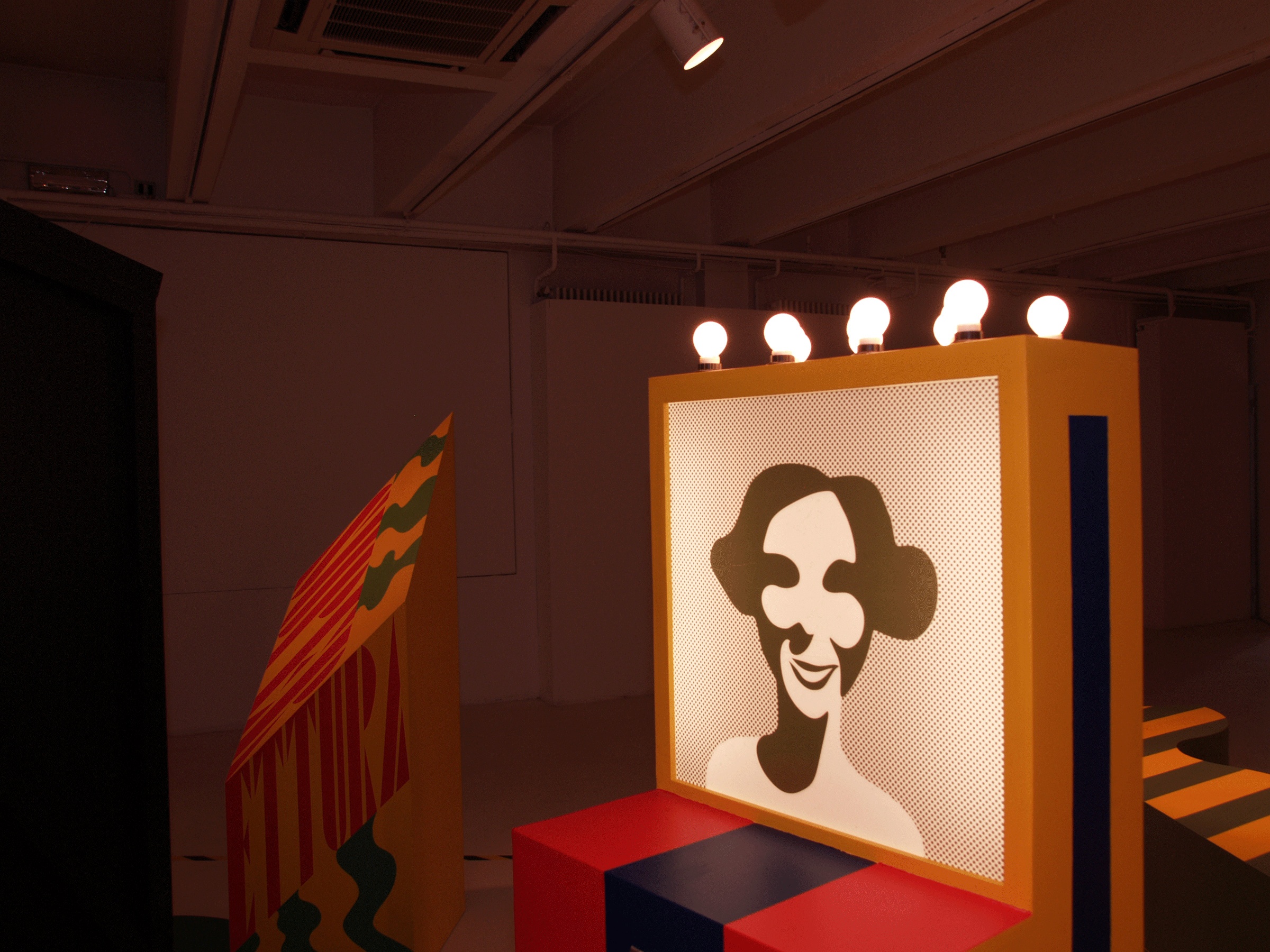 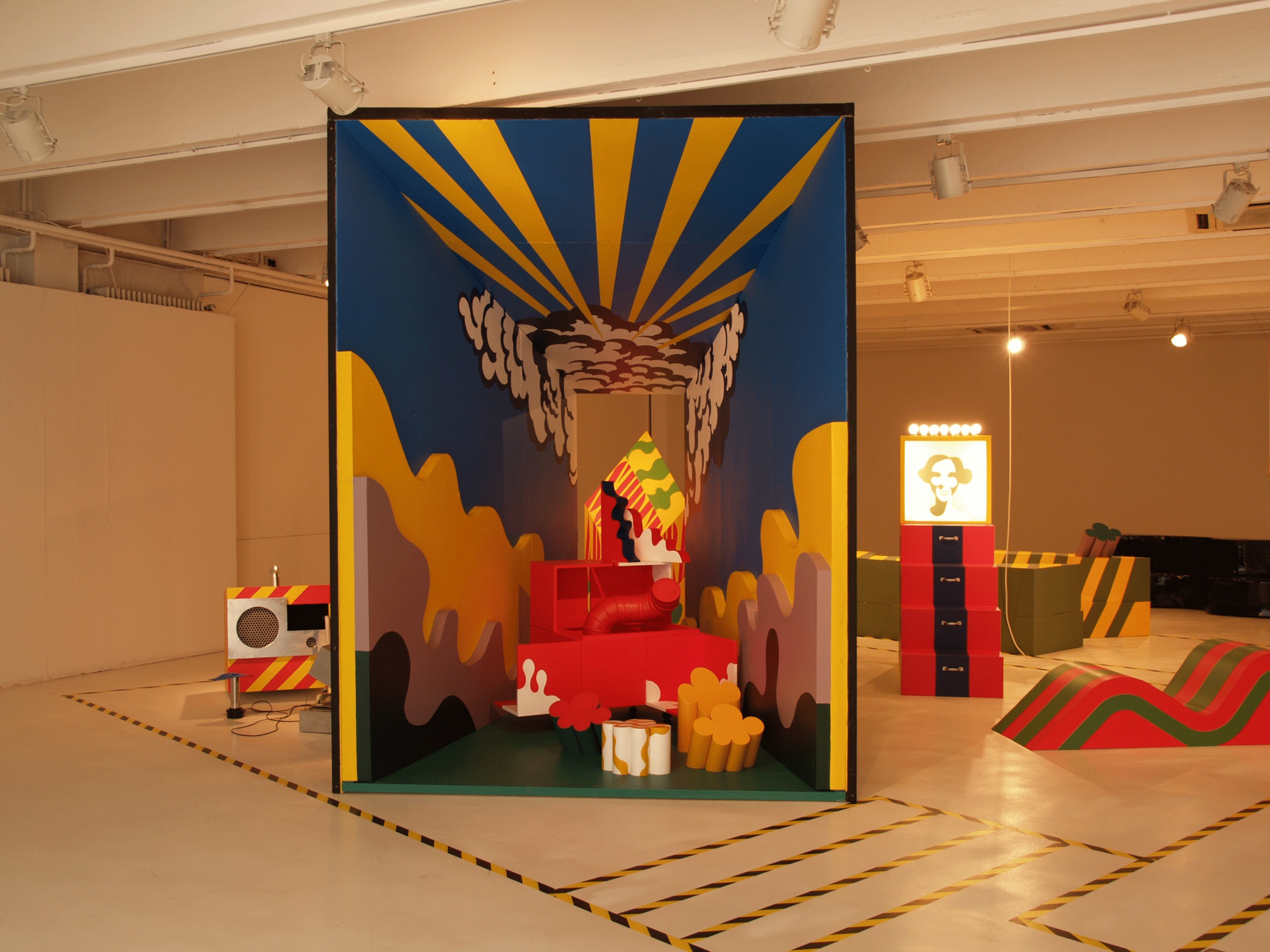 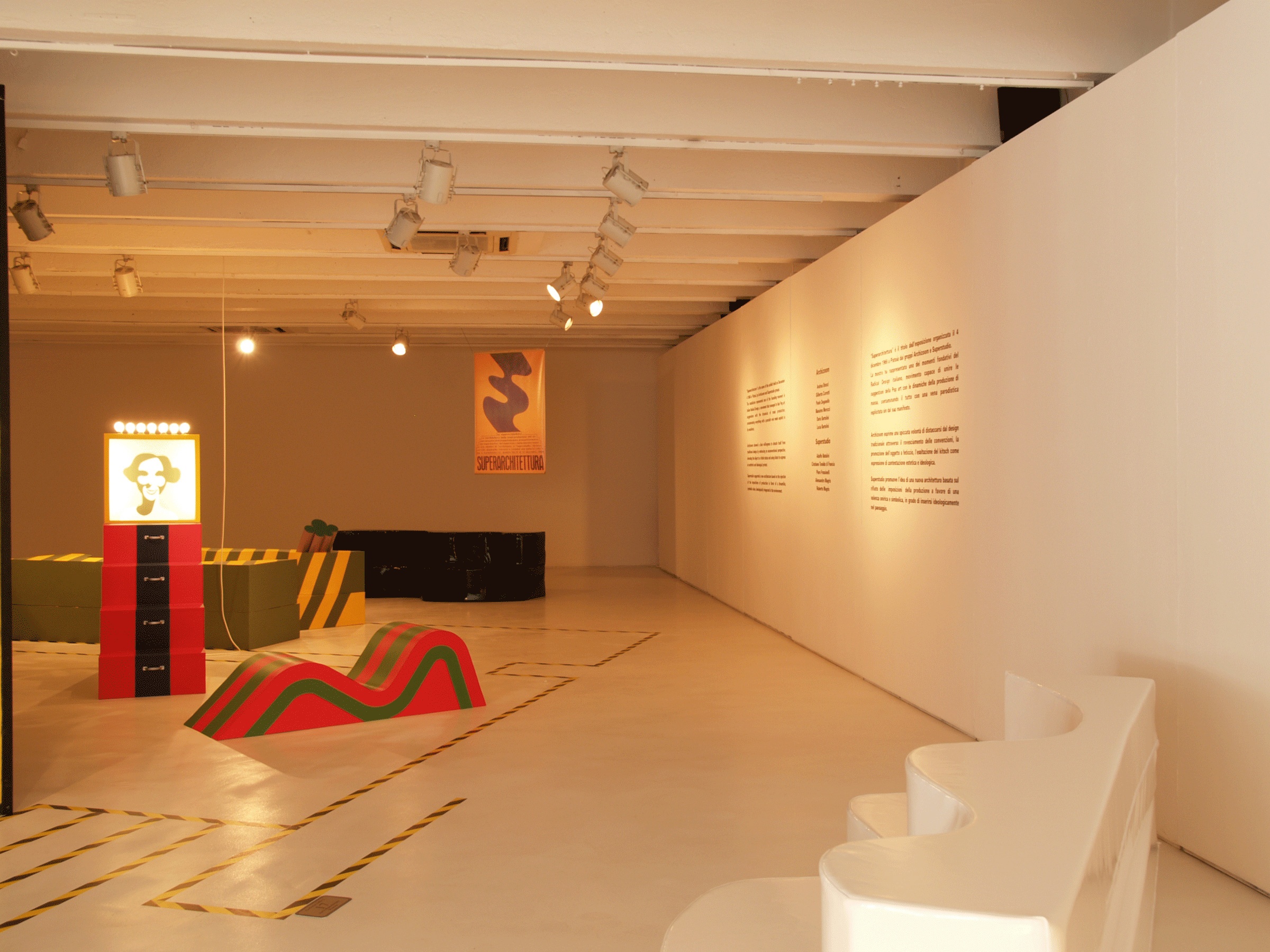 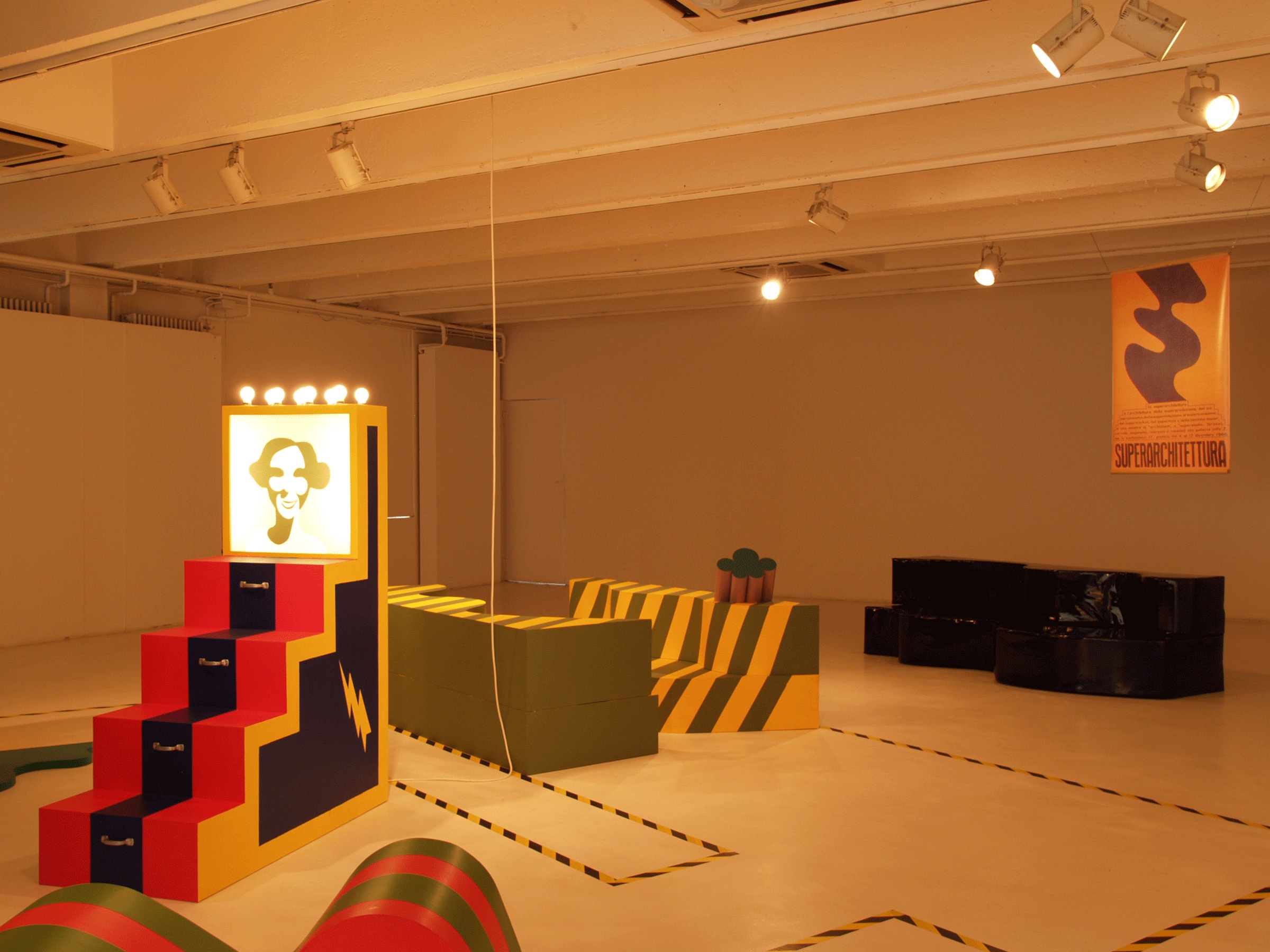 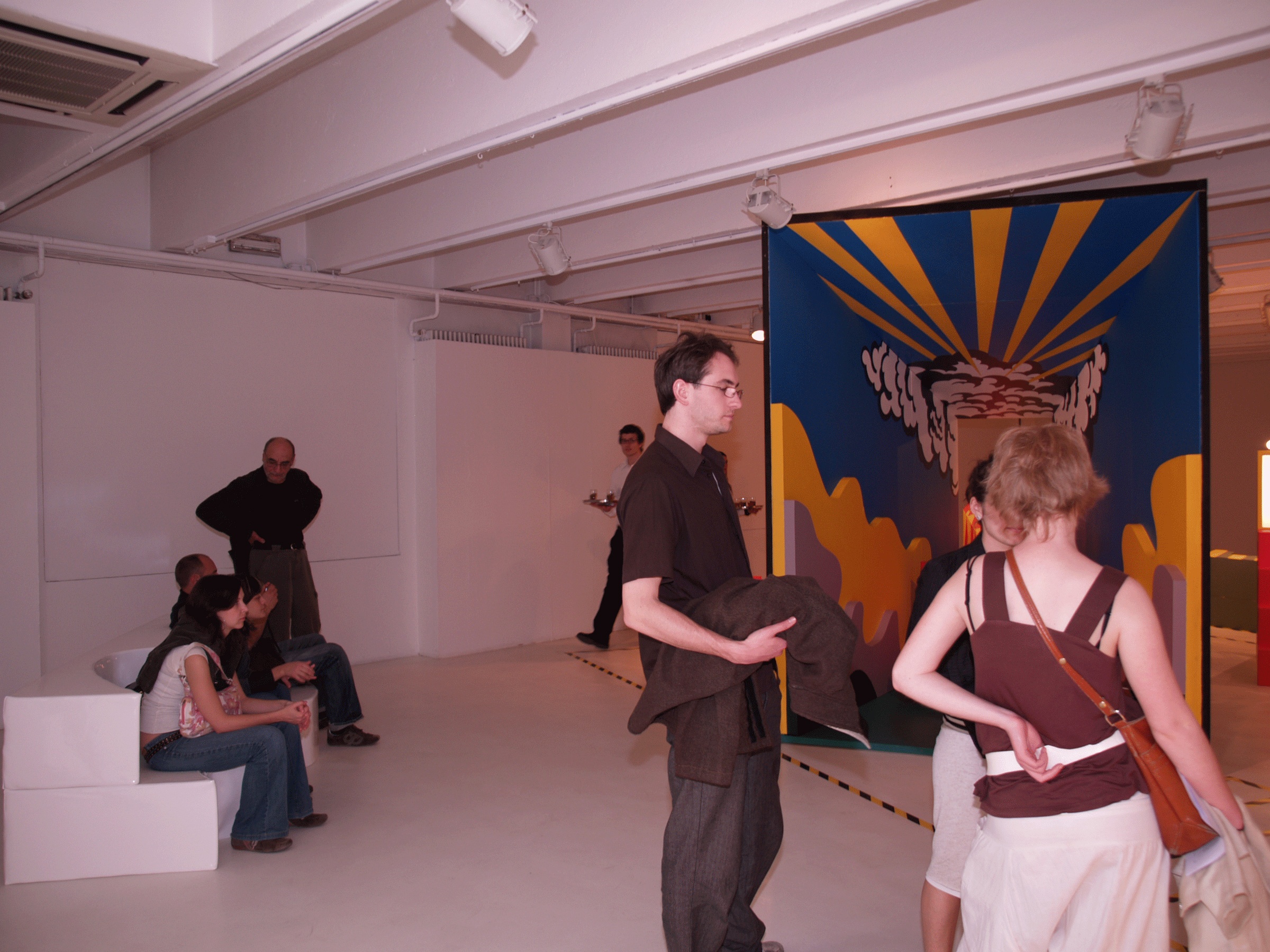 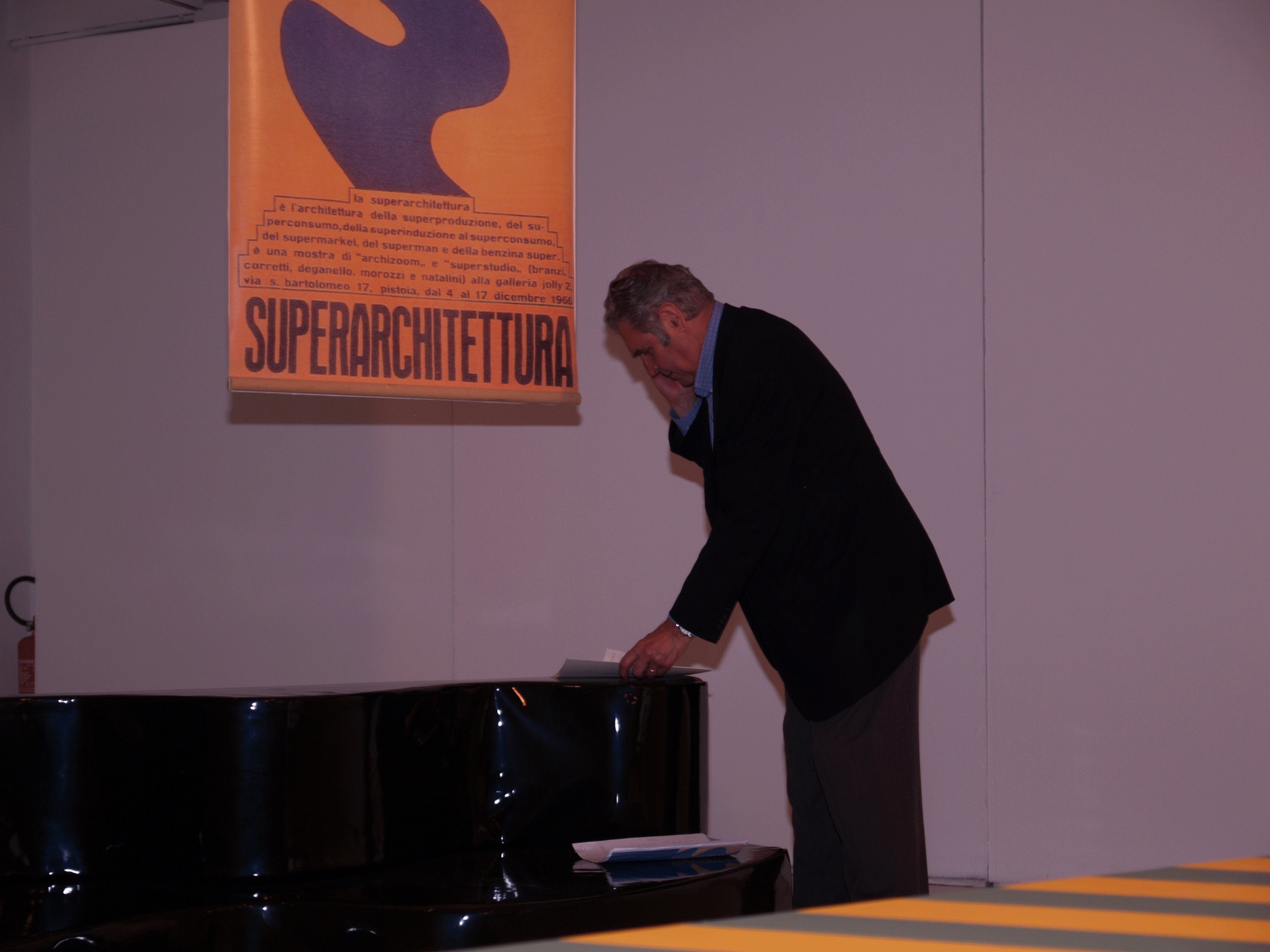 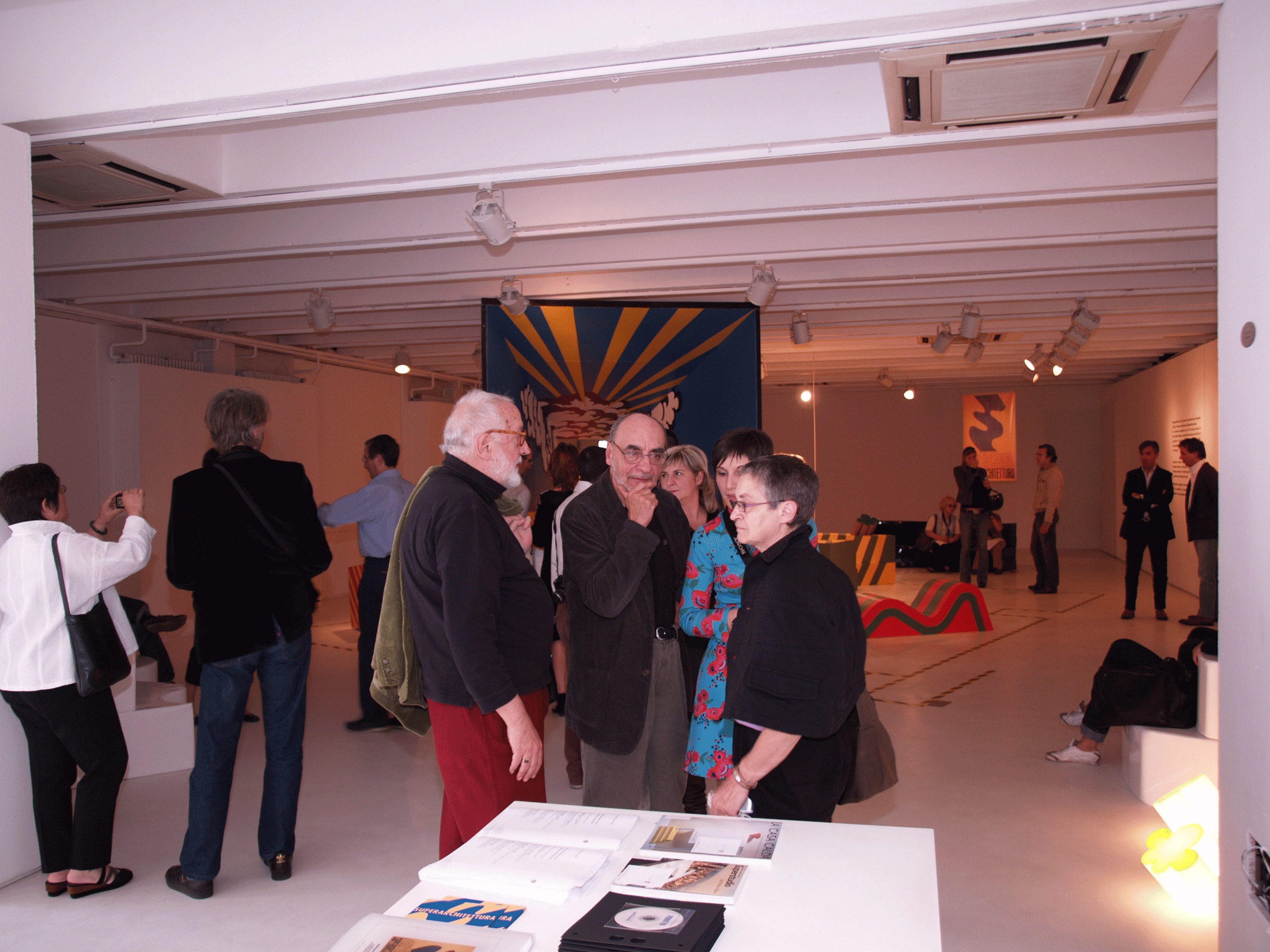 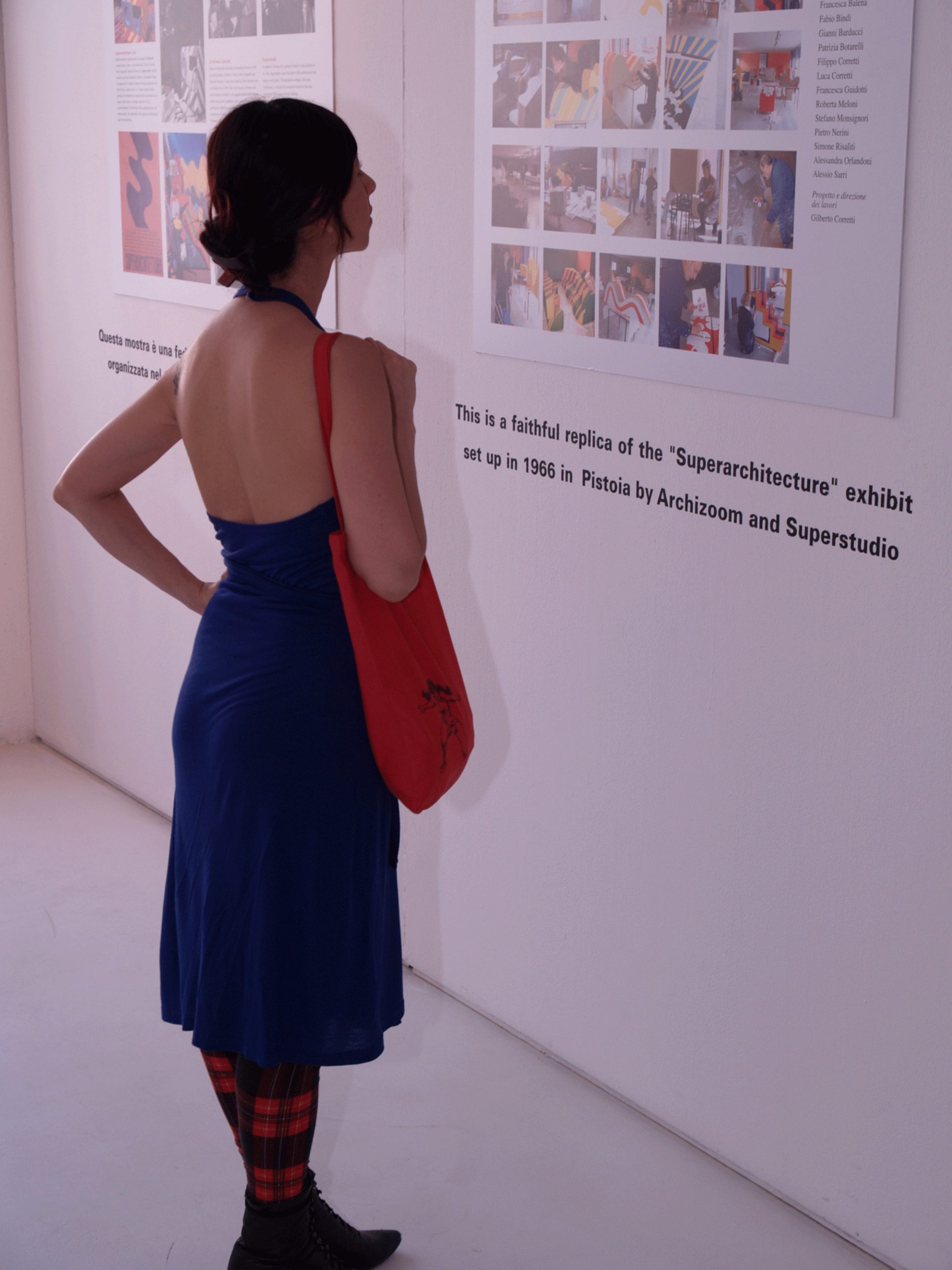 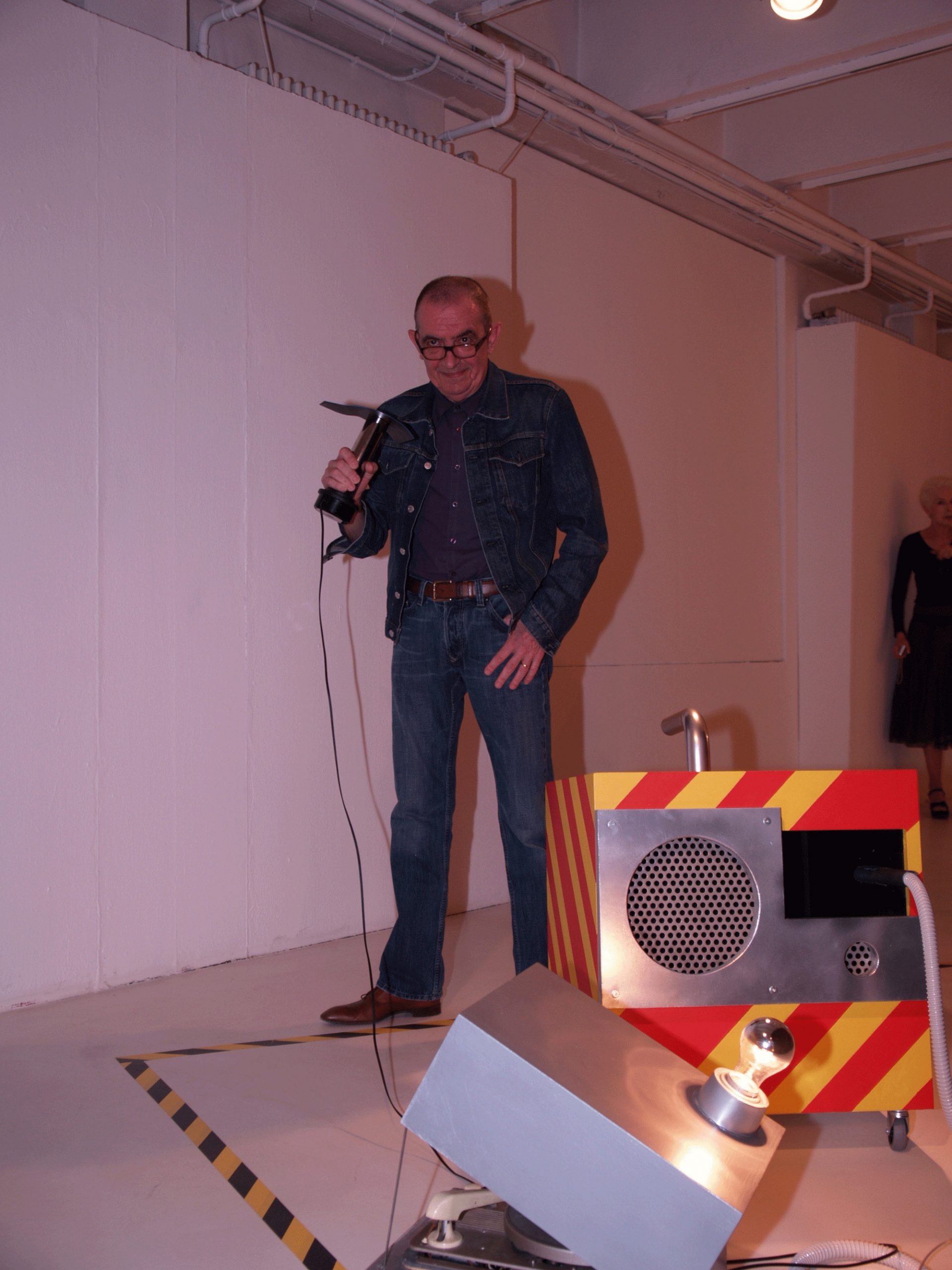 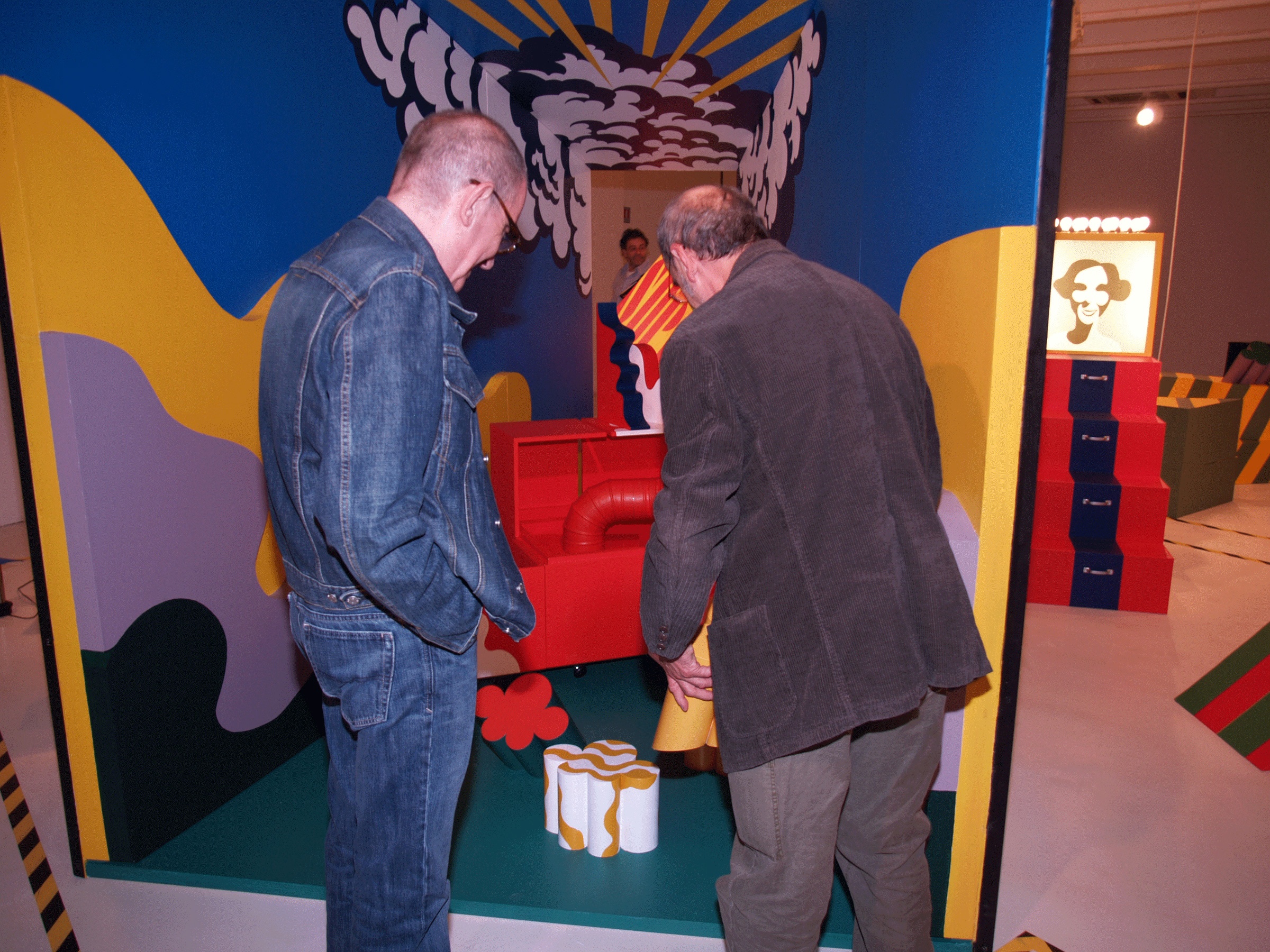 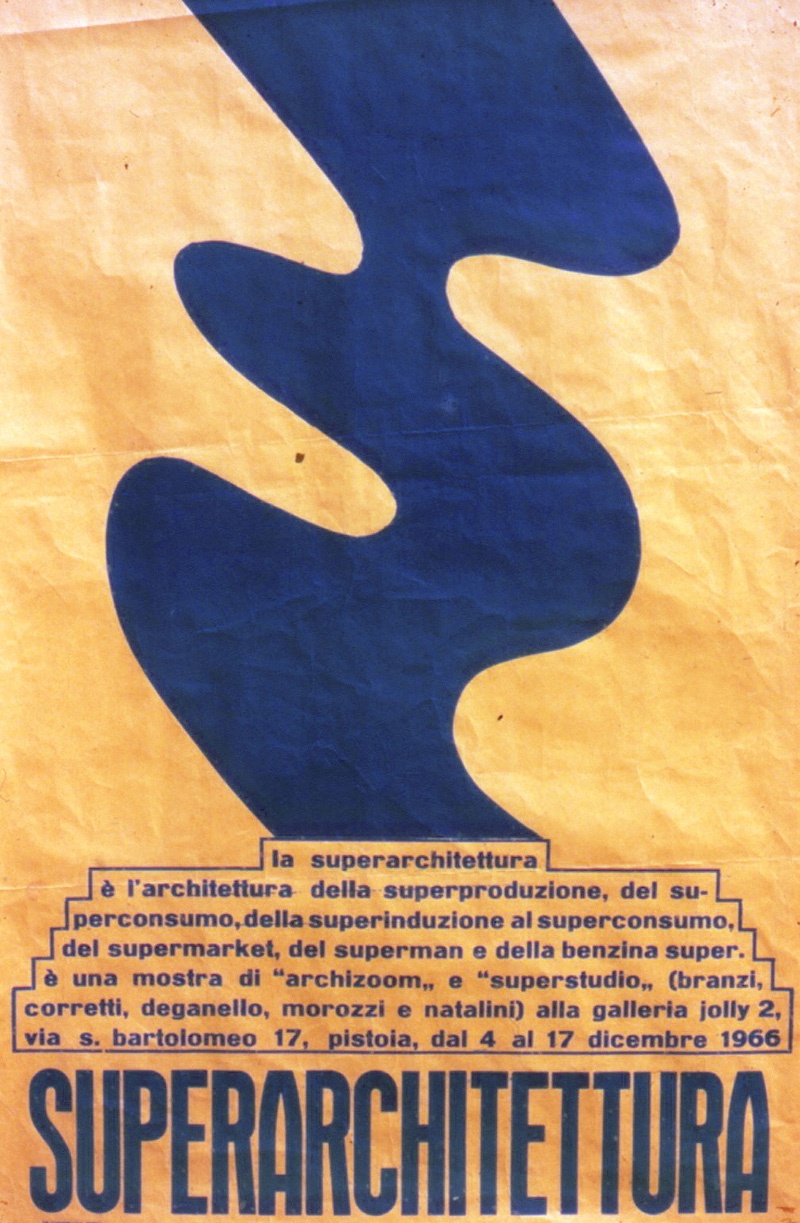 The exhibition “Superarchitecture”, was held on December, 4 1966 at Jolly 2 gallery in Pistoia, set up by Archizoom and Superstudio. The installation represents one of the founding moment in Italian Radical Design, a movement that managed to link Pop art suggestion with the dynamics of mass production, contaminating everything with a parodist vein made explicit in its manifesto: “Superarchitecture is the architecture of superproduction, of superconsumption, of superinduction to consumption, of superman, of super gasoline”.
The two groups, breeding in the generational turmoil at the Faculty of Architecture in Florence, developed in the following years a significant production that combined the creation of design objects and the theorization of urban projects, especially No-Stop City (Archizoom Associati, 1969) and Monumento Continuo / Continuous Monument (Superstudio, 1969).
Today the exhibit is presented to the public again, in a faithful setting curated by Centro Studi Poltronova on the occasion of the company 50 years anniversary. Its freshness and innovative drive are still the same that once set the course for the new Italian design. “Escapist” design it is not a mere creative divertissement, but a tool to demolish some of the cultural and social expectations related to production, whilst inferring them an emotional potential which becomes poetic license in action.
The furniture prototypes represent a new design conception, not just a paradigmatic function belonging to man/material interaction, but a category asserting a world vision that can be modified through new forms.