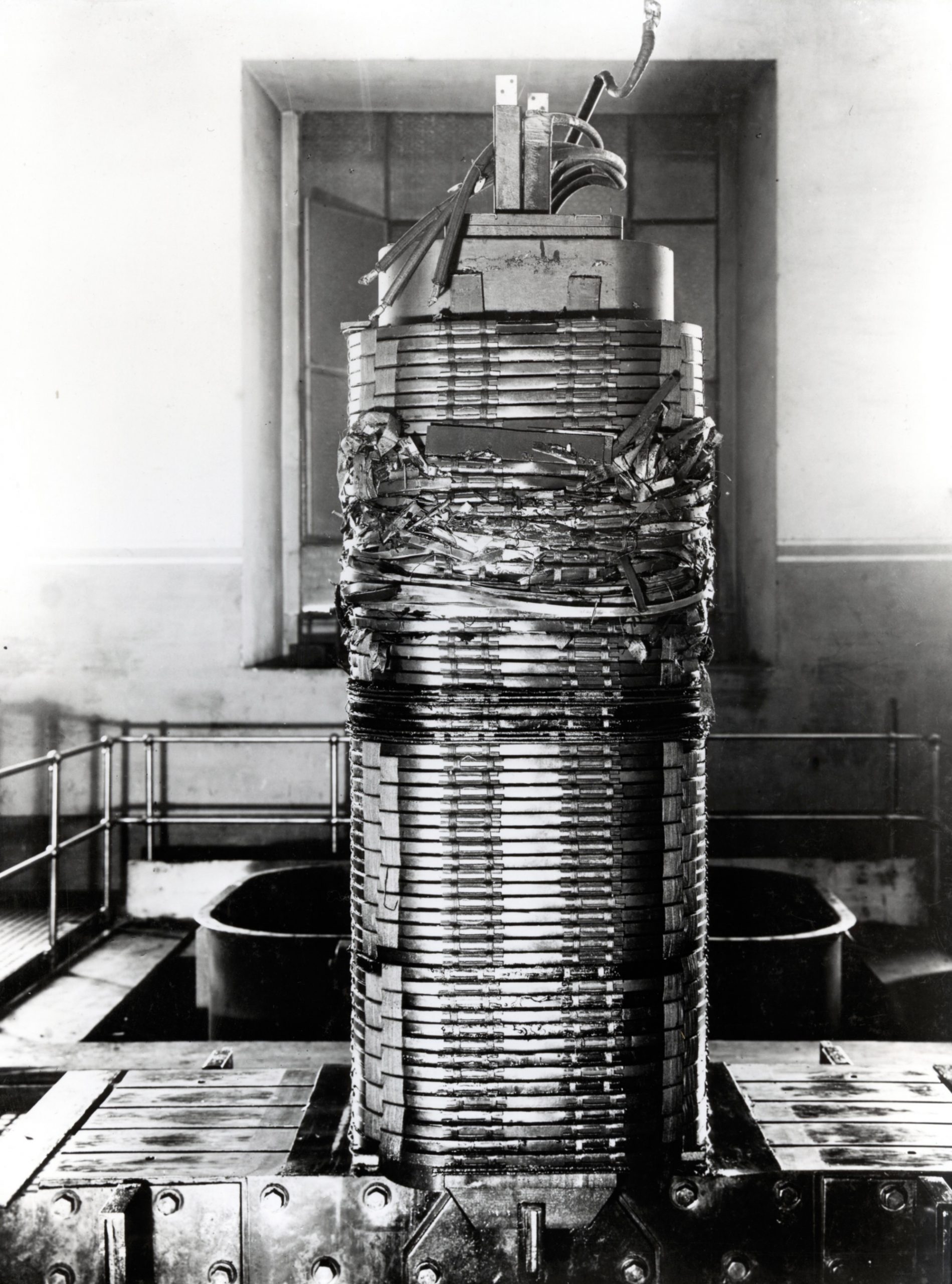 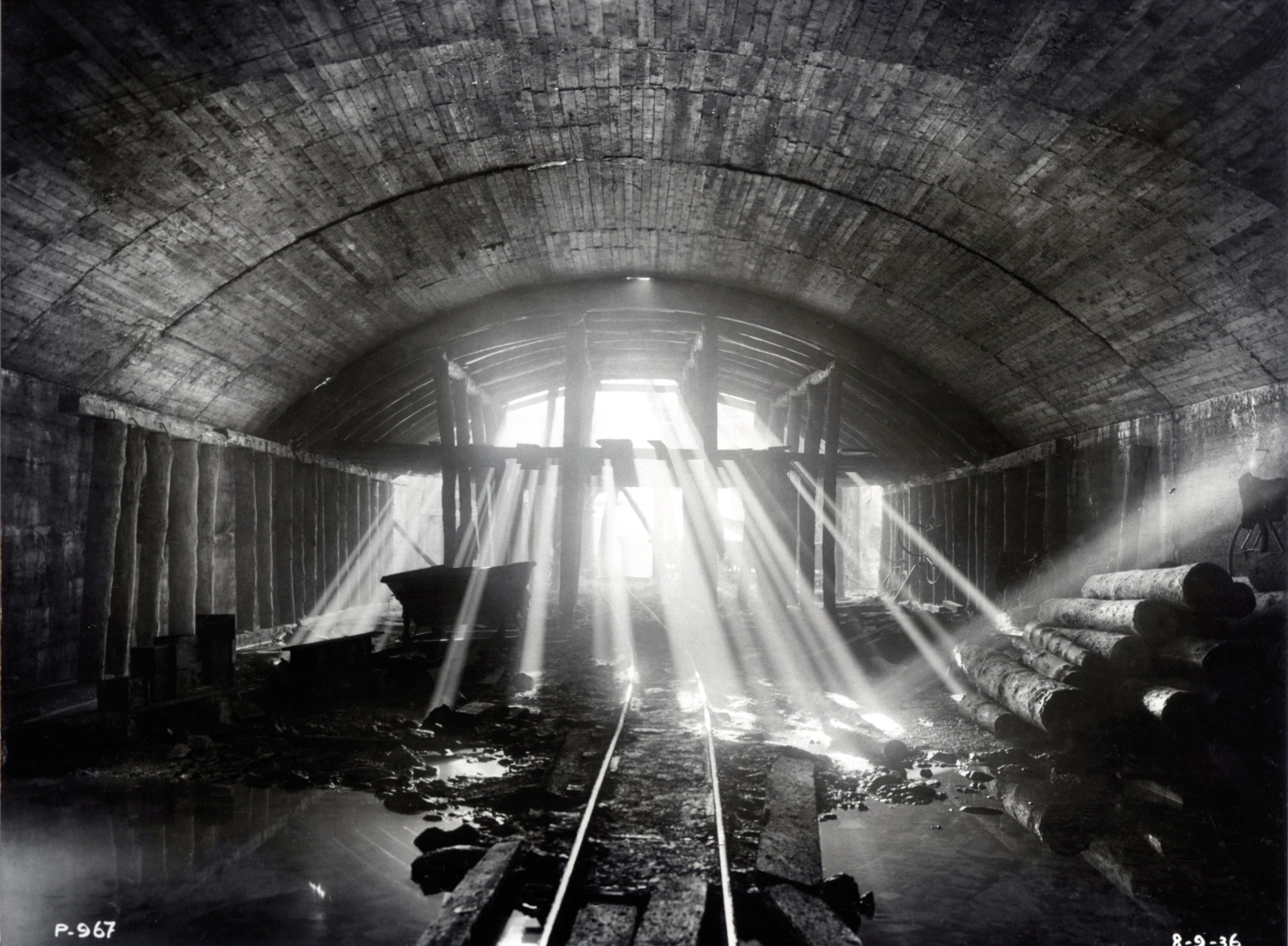 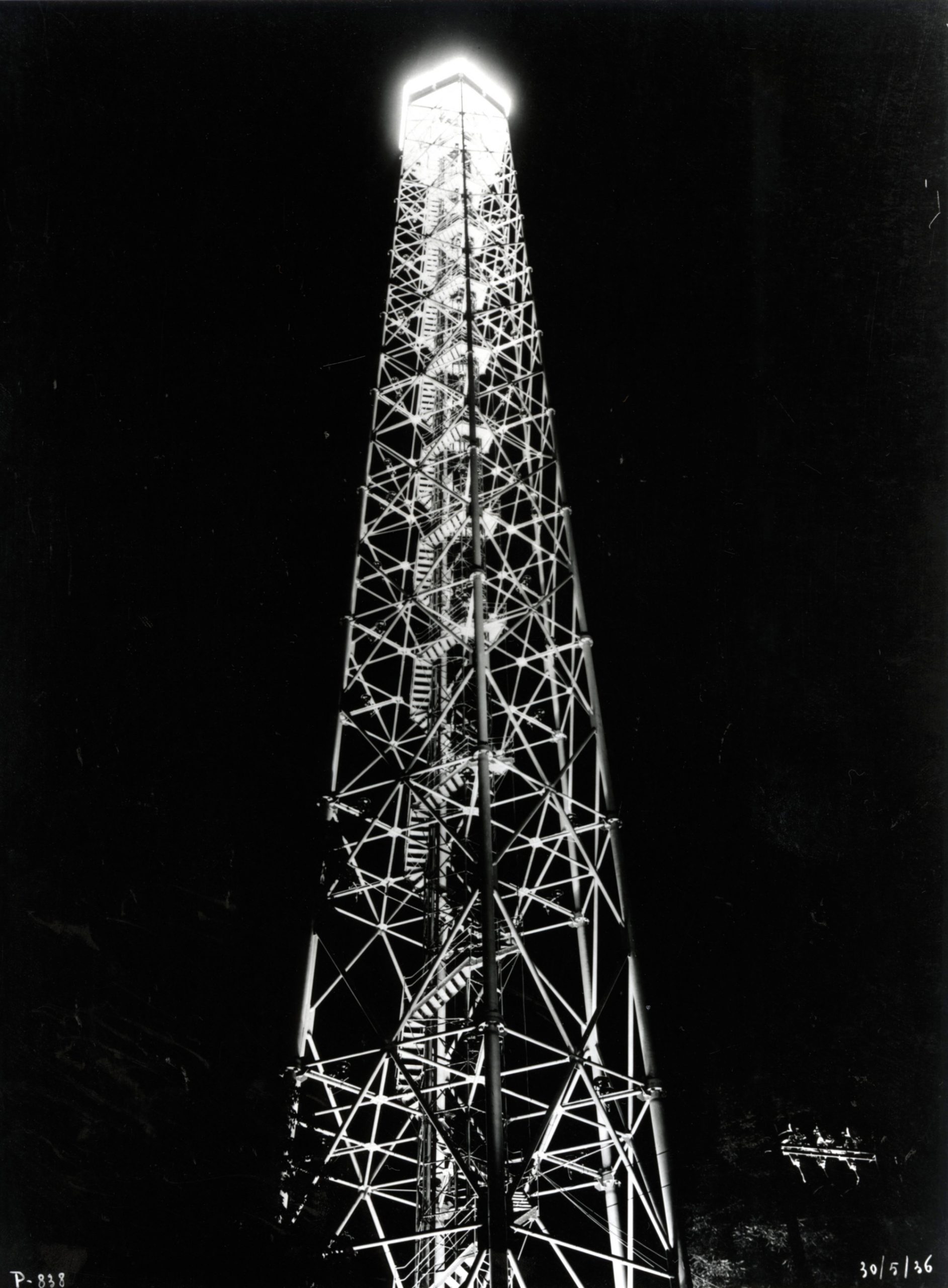 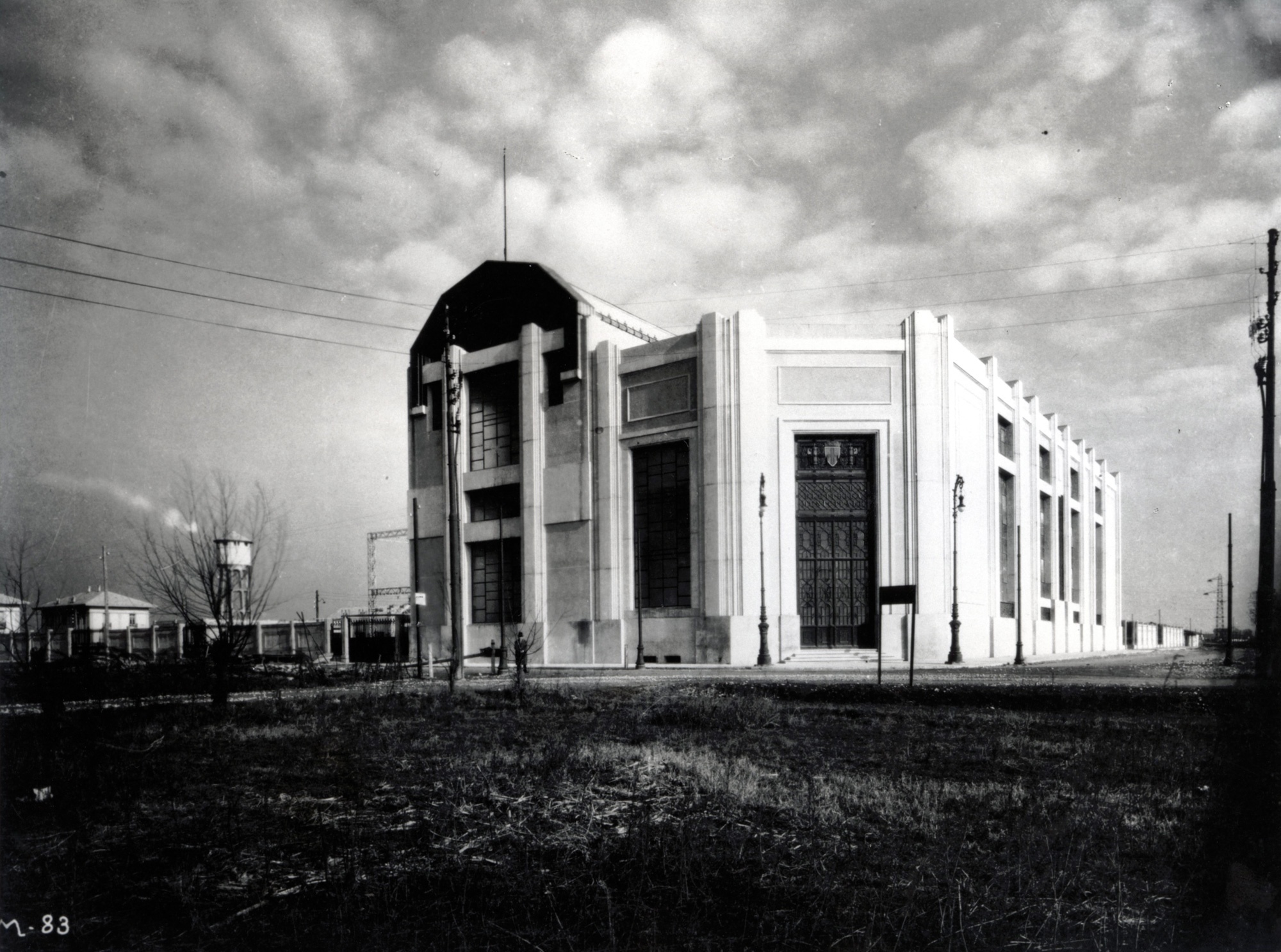 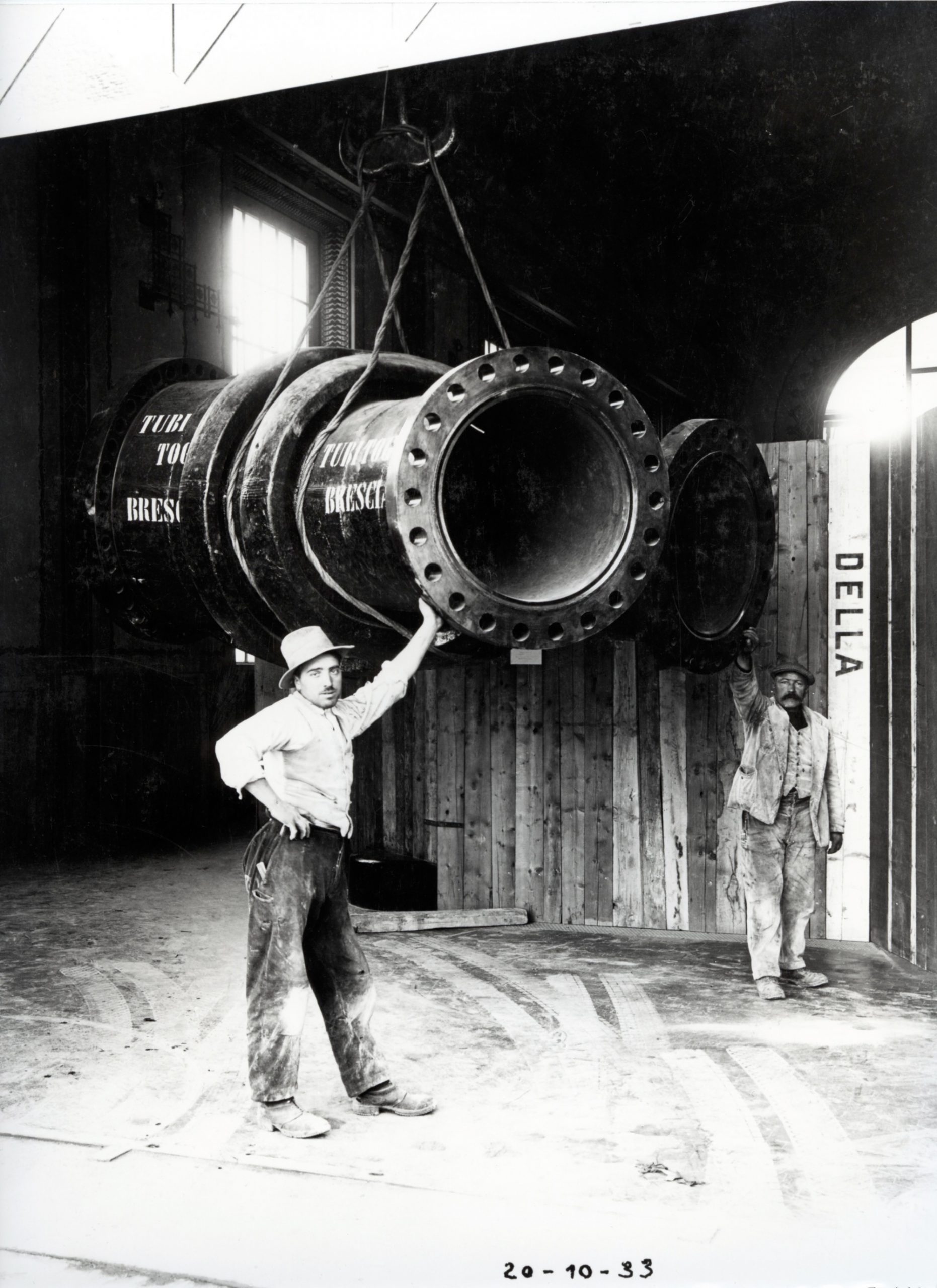 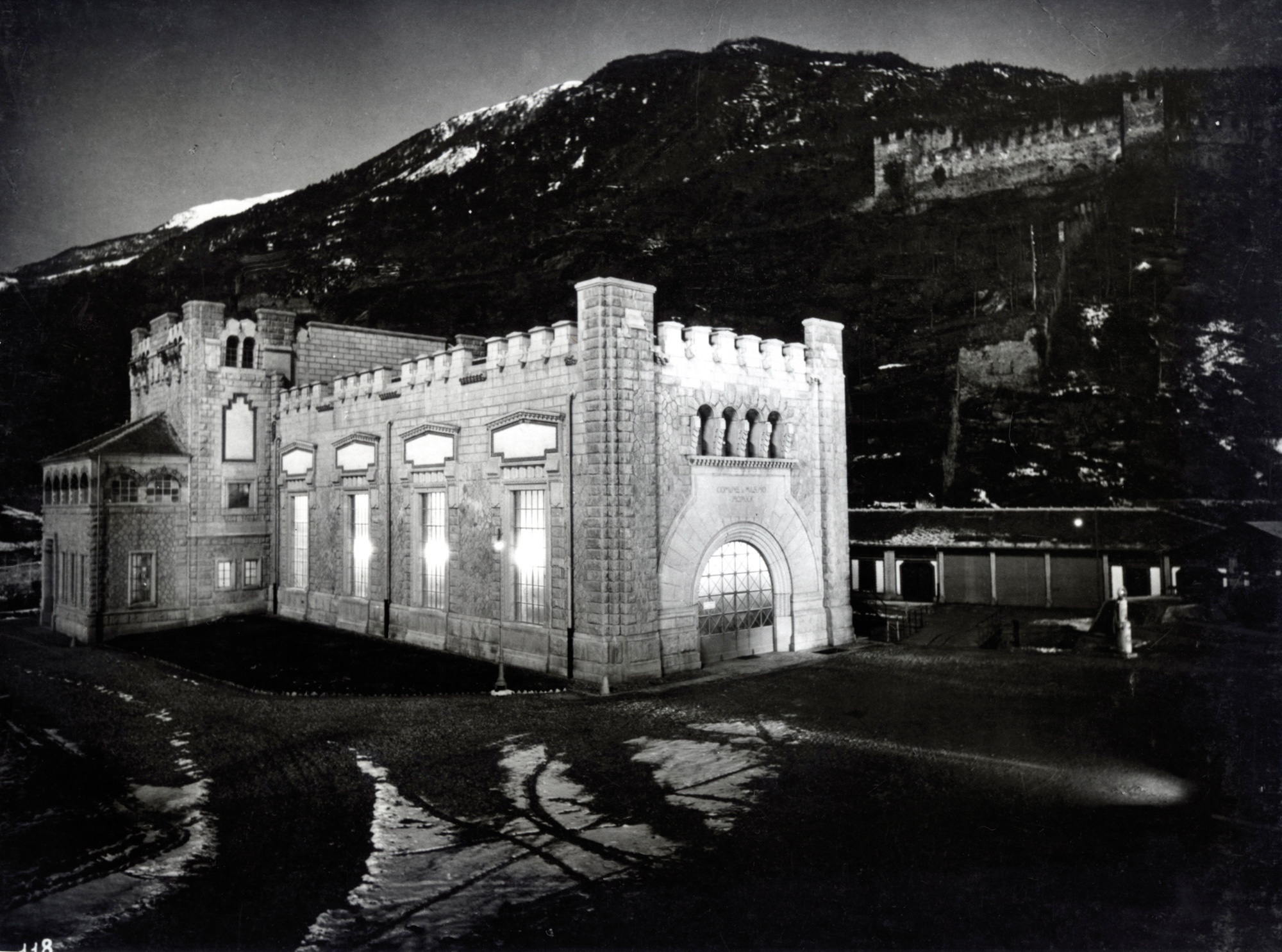 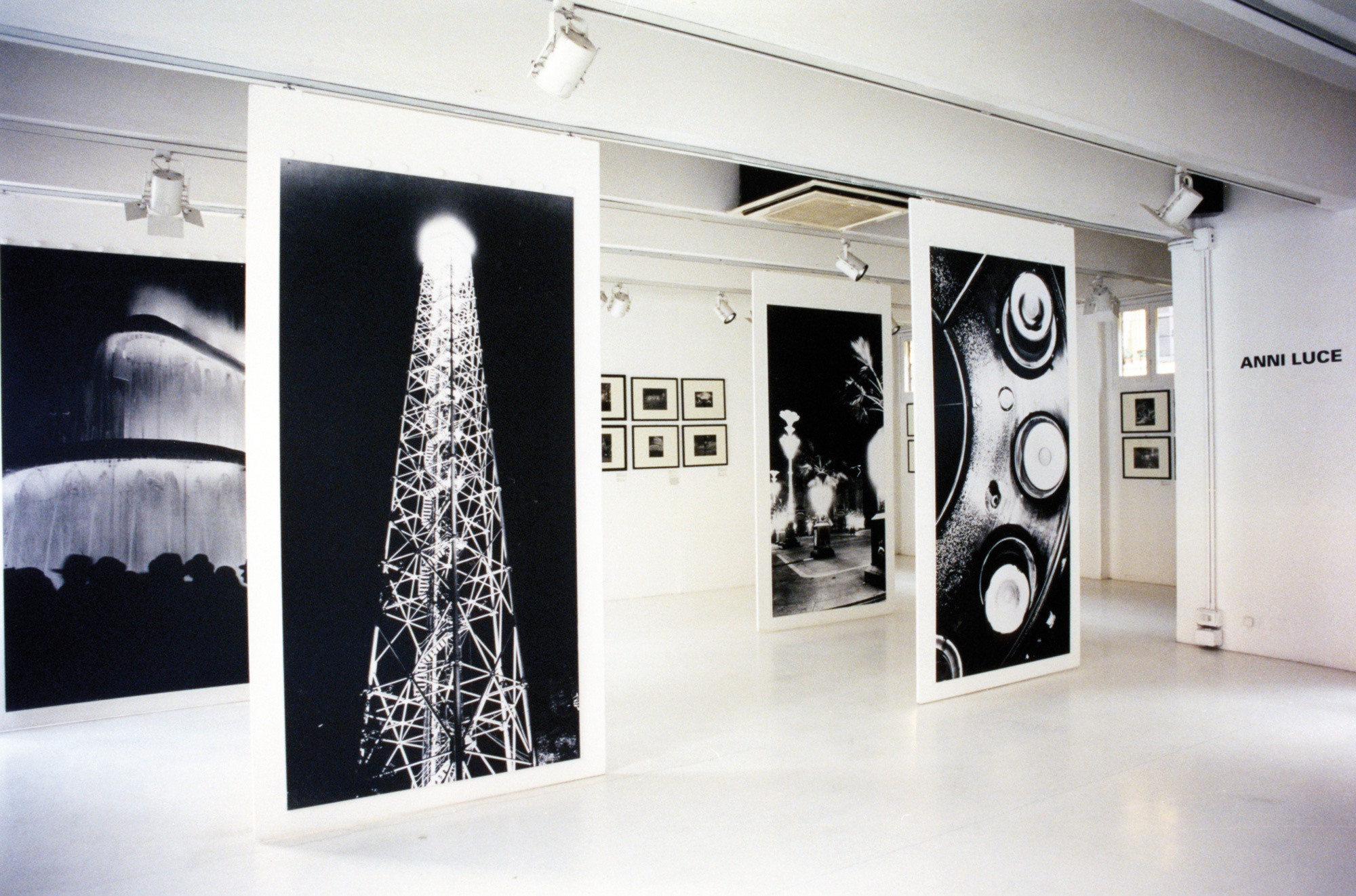 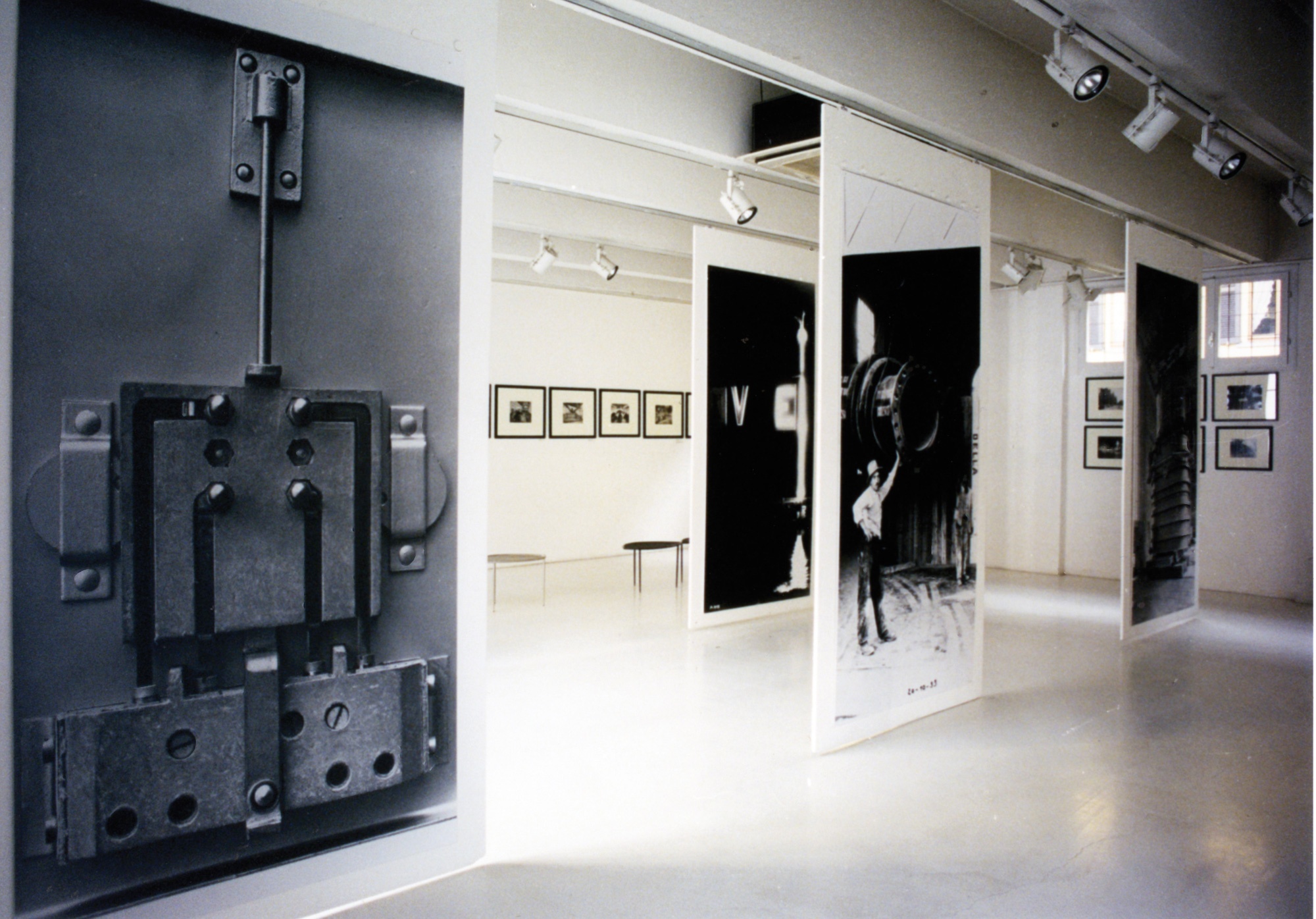 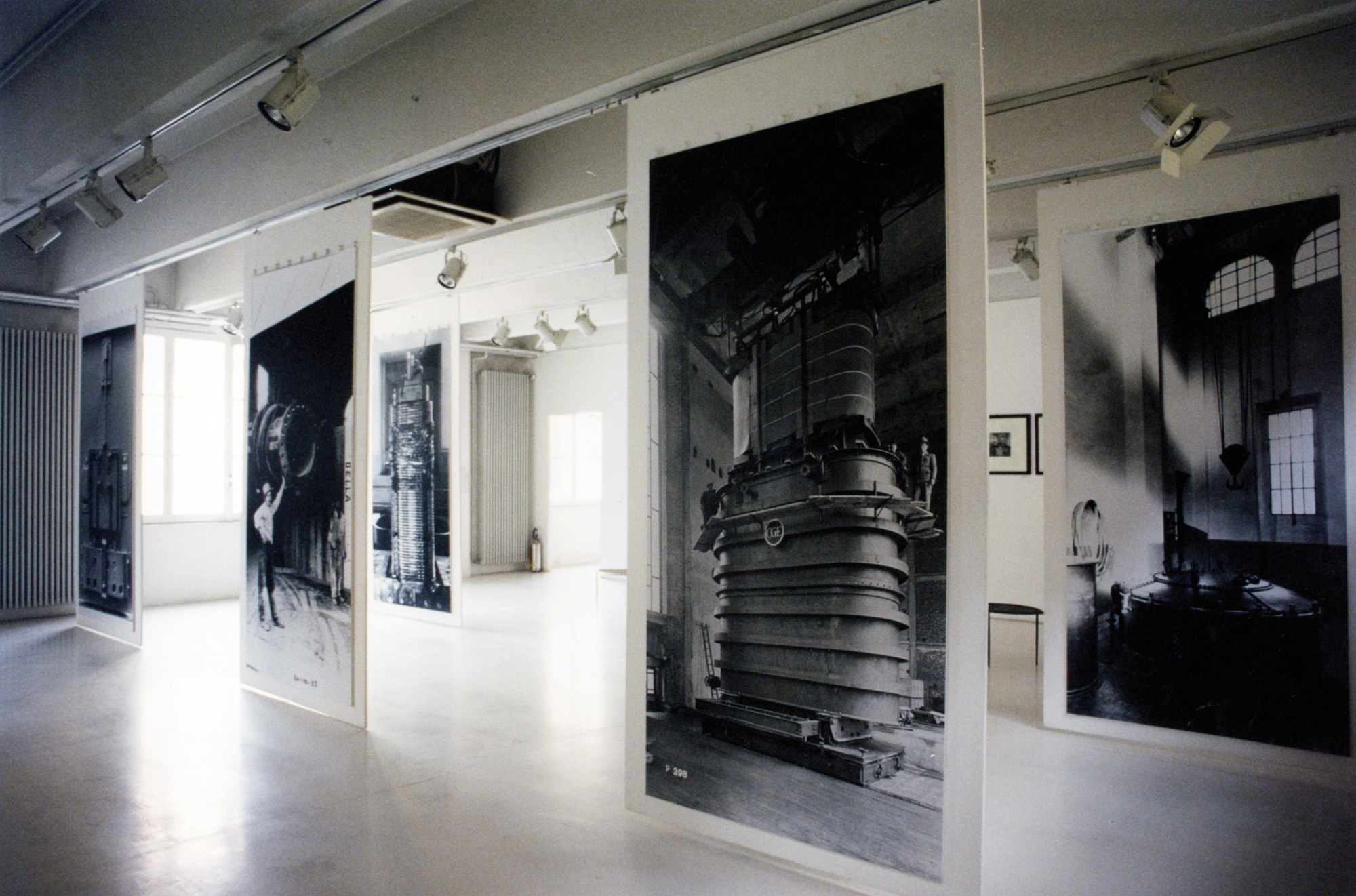 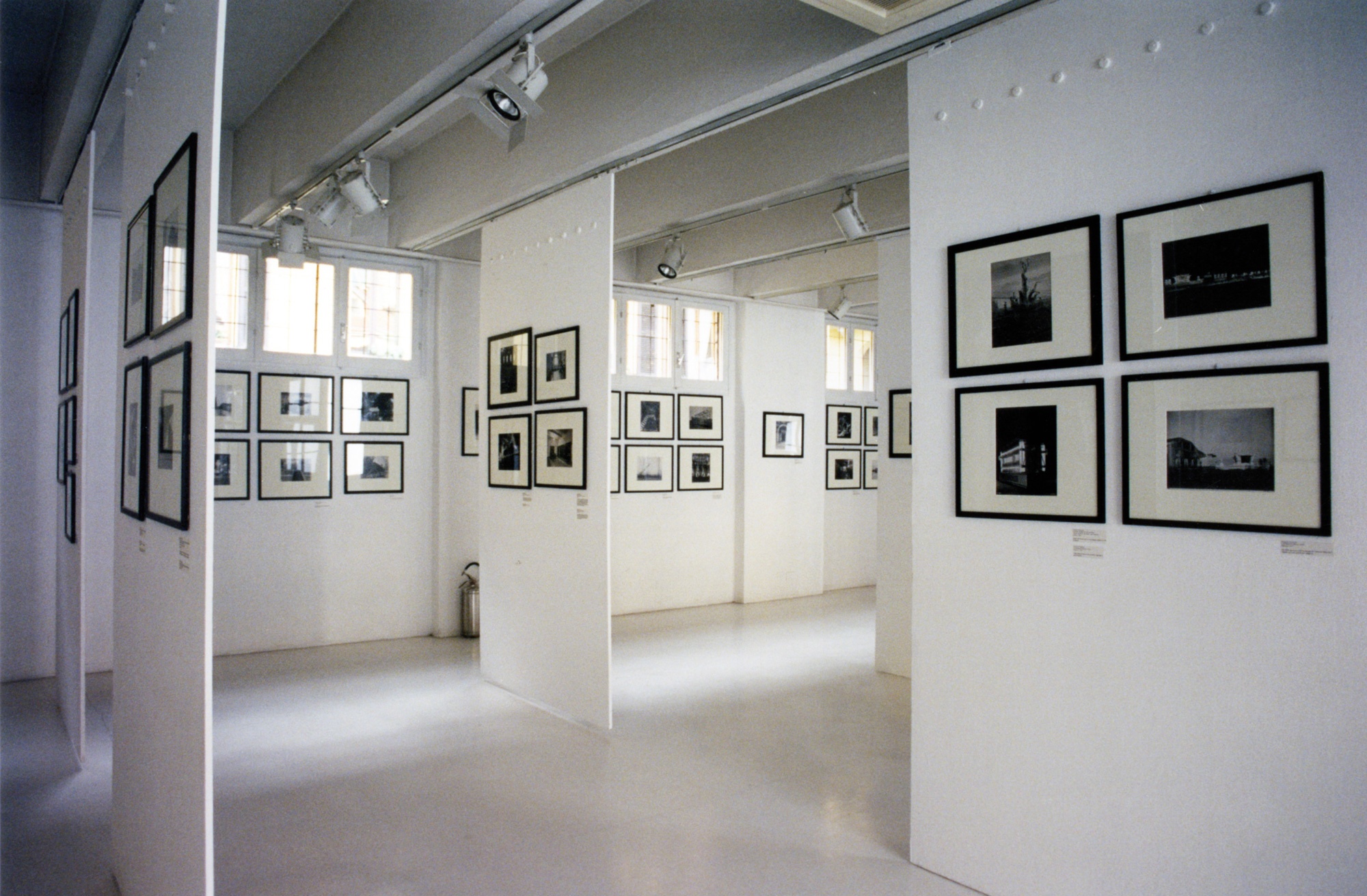 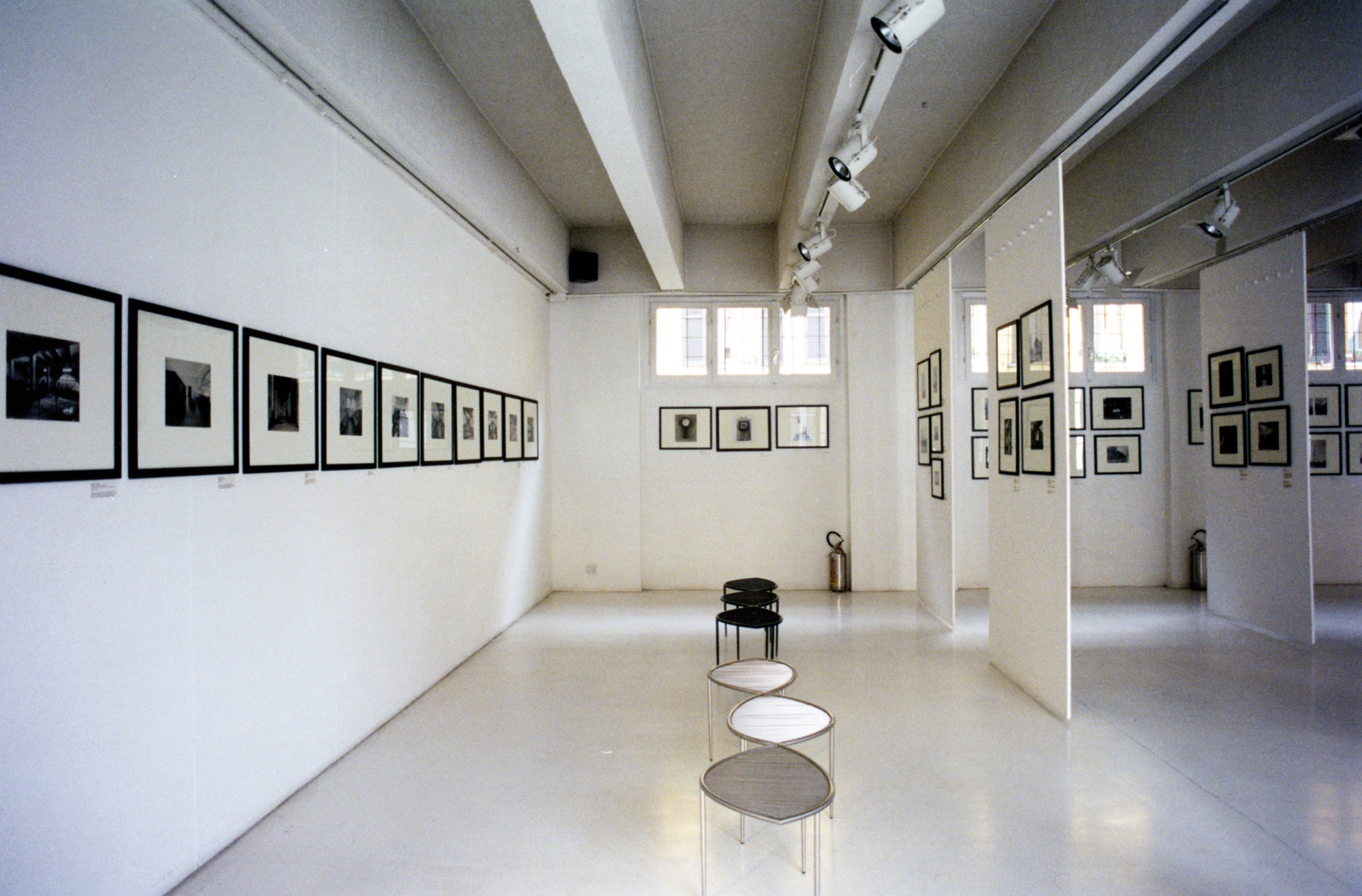 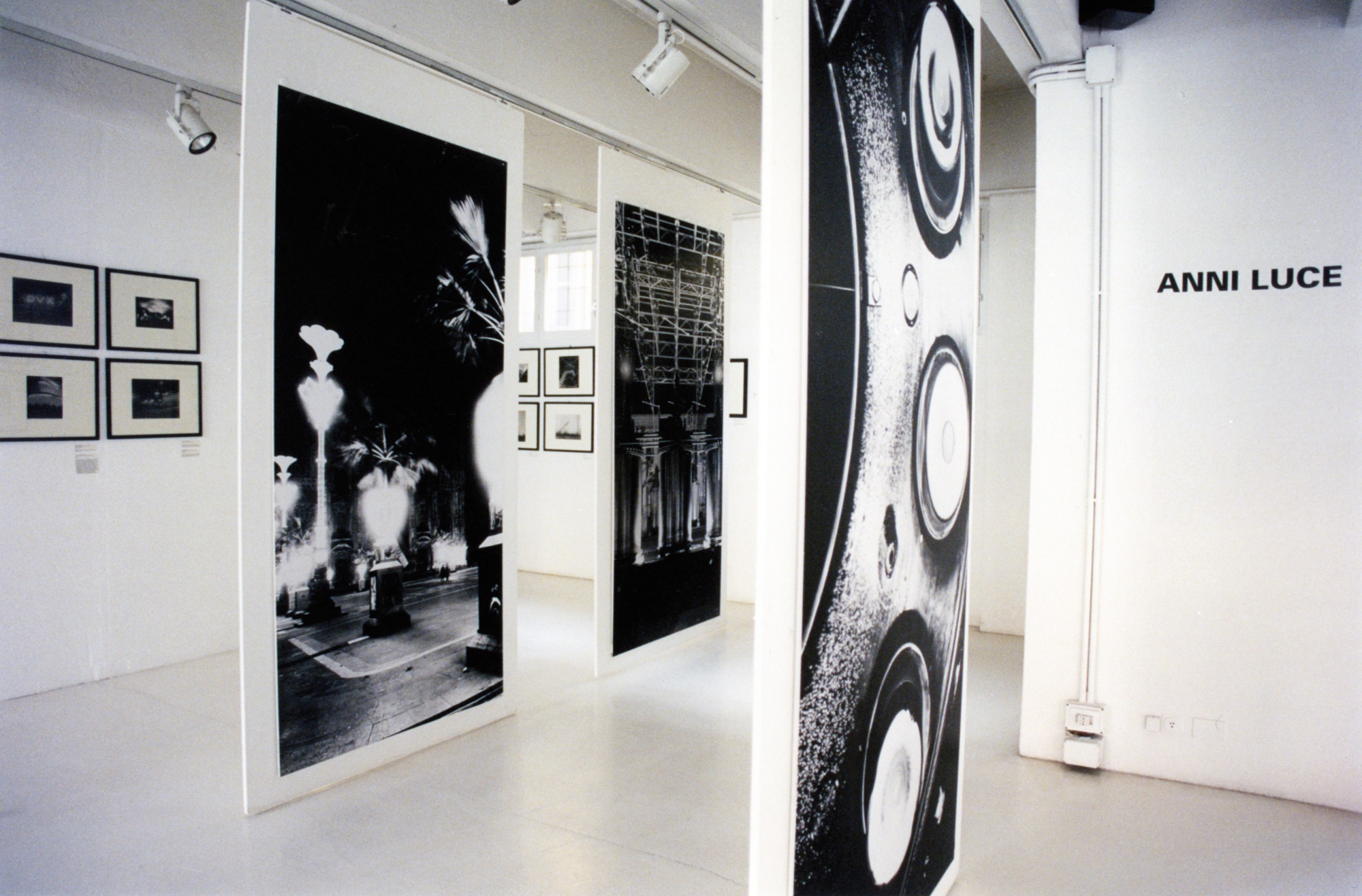 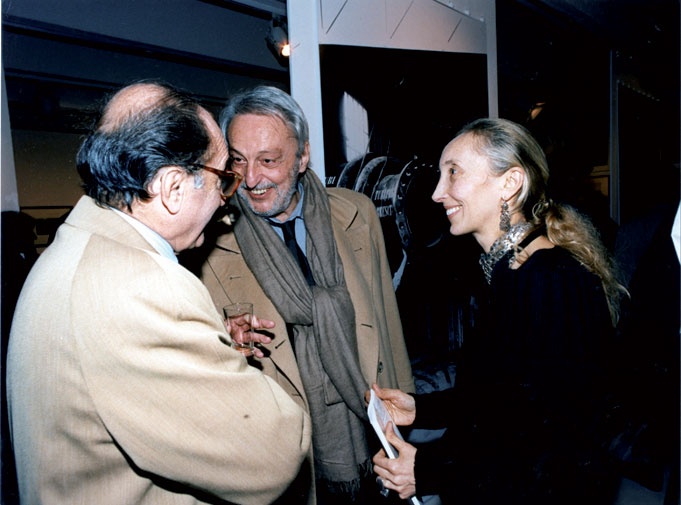 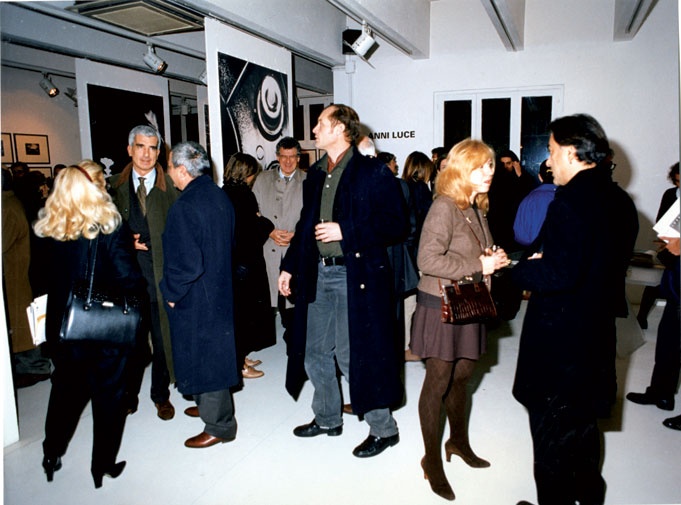 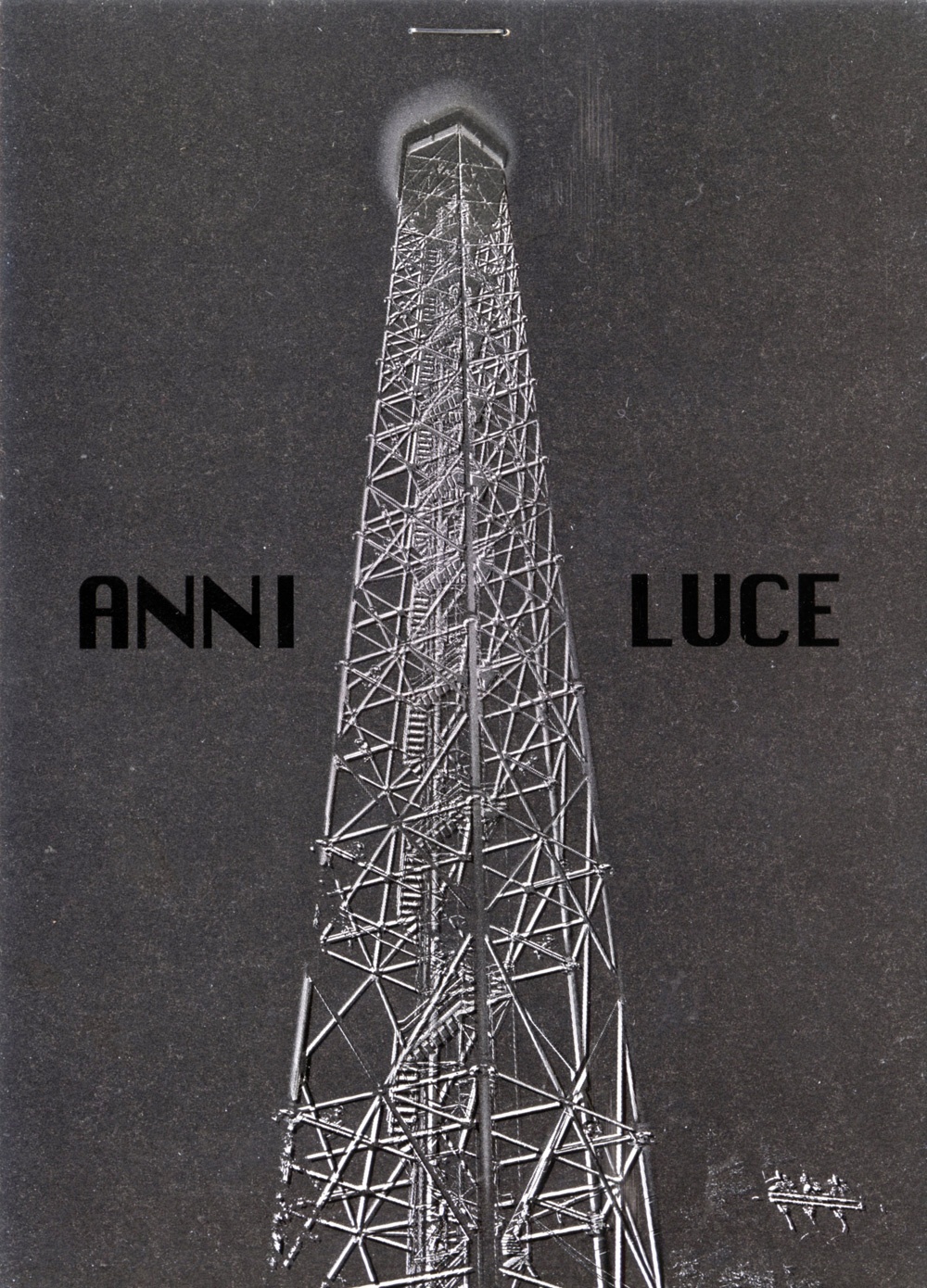 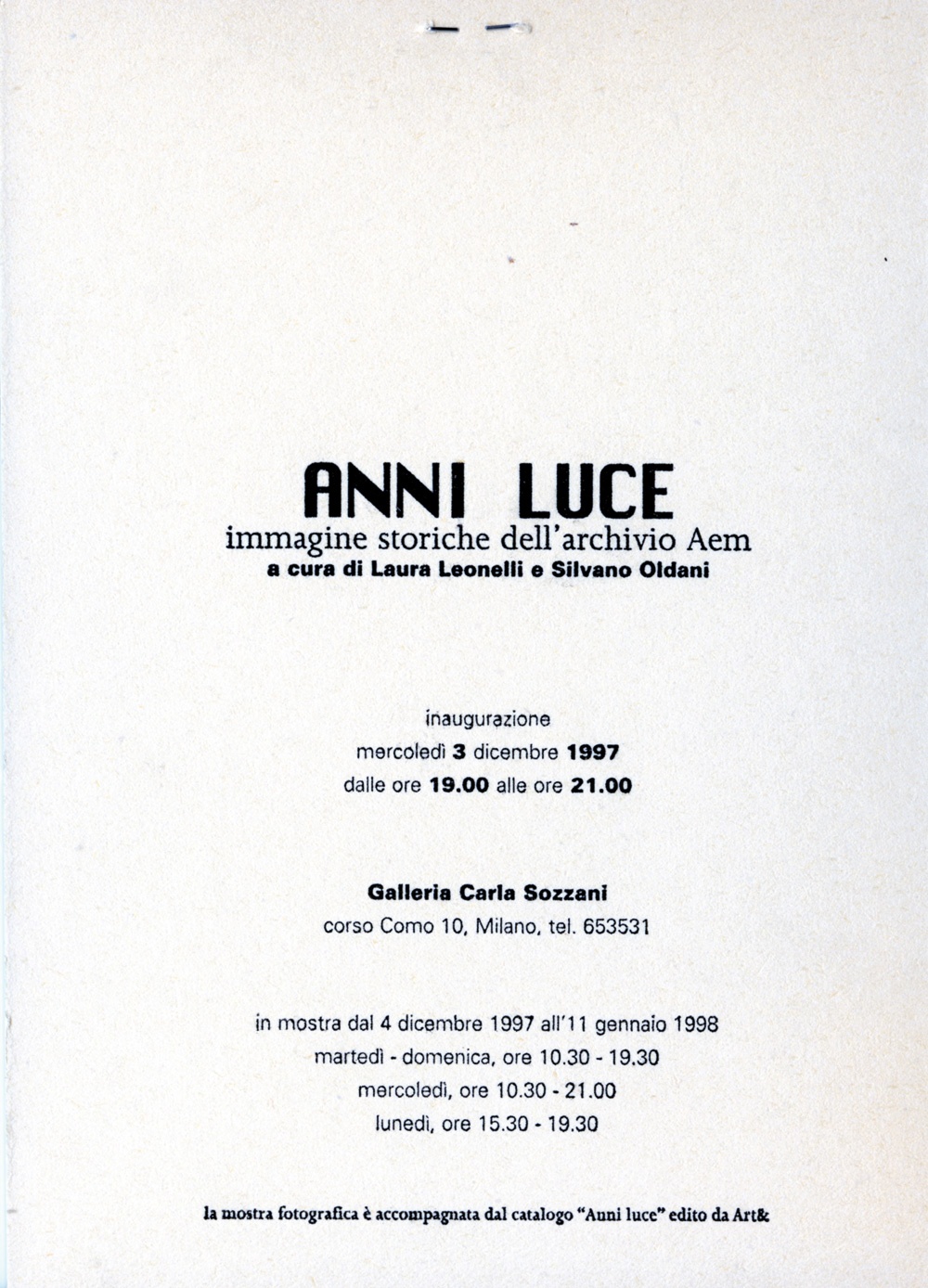 allestimento inaugurazione invito
A homage to energy, to light, to the revolutionary power of electricity. Centring around splendid historic images from the archives of Azienda Energetica Municipale di Milano, now Aem Spa: the electric company that has been lighting up the city of Milan since 1910, creating a spectacular new evanescent urban scene. One of Italy’s largest and best-organised historical archives, it contains more than 90,000 images. The hundred photographs selected for the “Light Years” exhibition were taken by Antonio Paoletti, a mysterious but talented photographer of great character whose production marks one of the most significant chapters in the history of Italian industrial photography. In an intense style combining Boccioni’s dynamism with the magical disenchantment of De Chirico’s spaces and an almost neo-realist vision of the poetry of the everyday, Paoletti records twenty years in the life of a big corporation and the birth of the contemporary landscape with its monuments, its dams, its power plants, and its new source of energy: electricity.
download