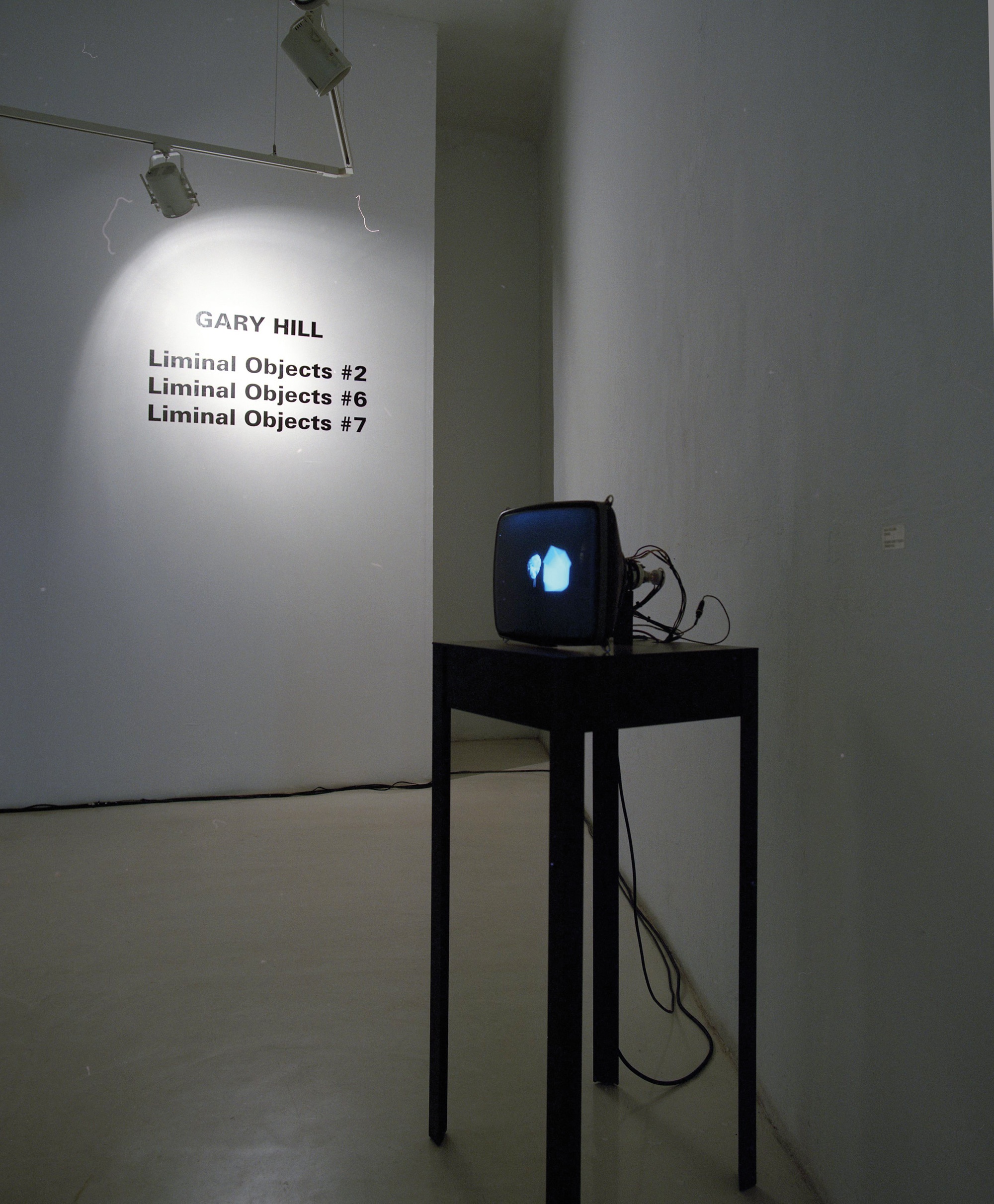 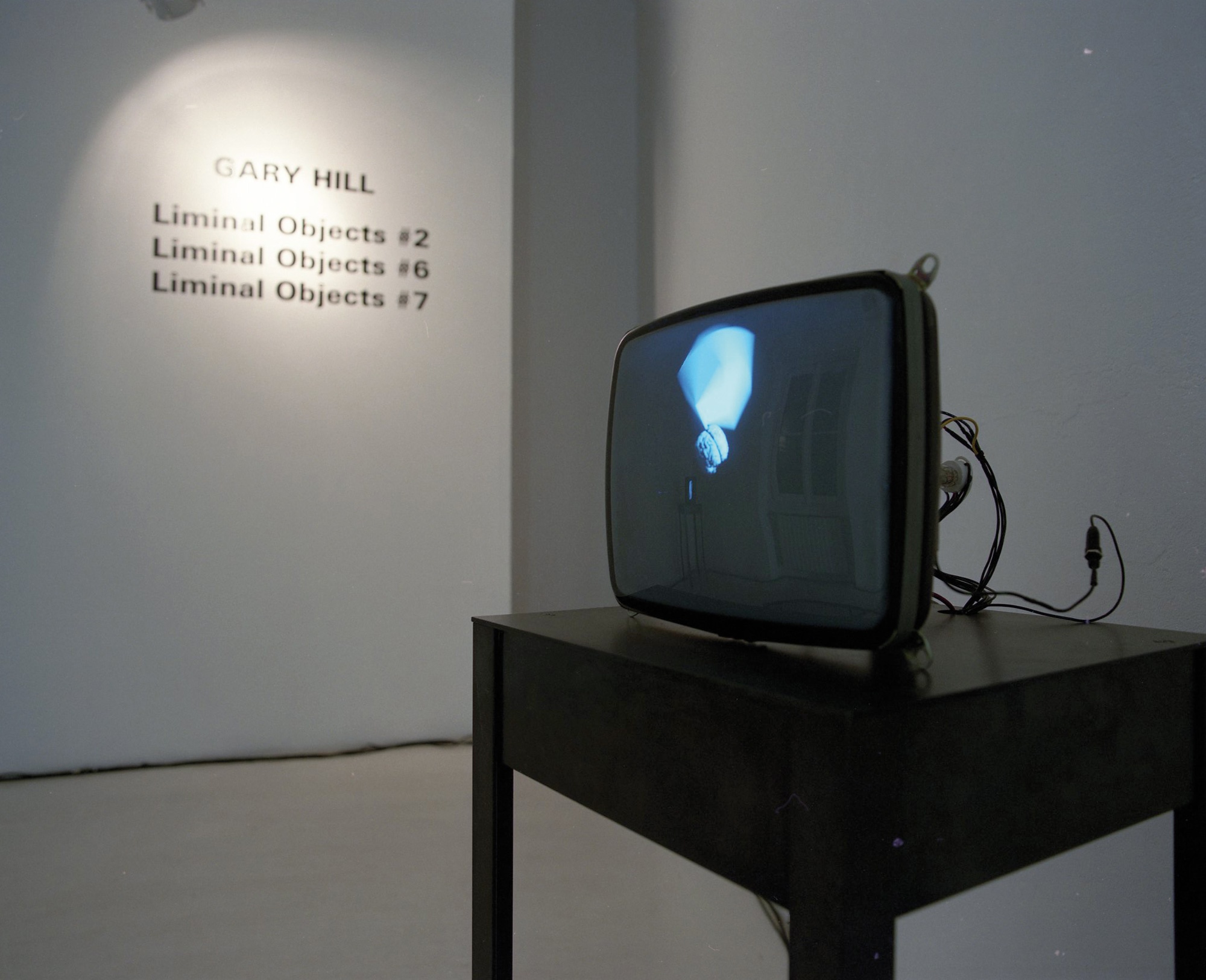 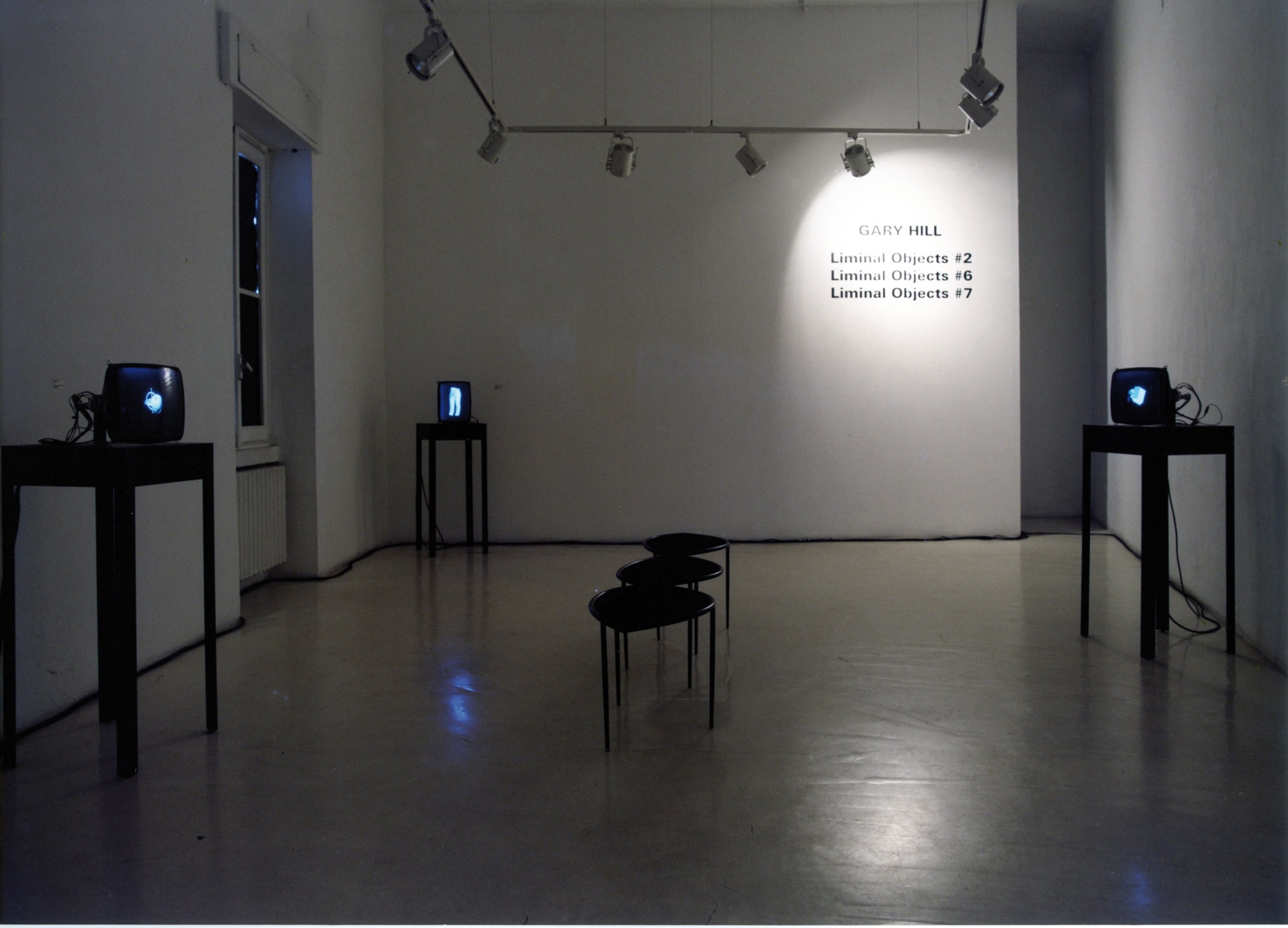 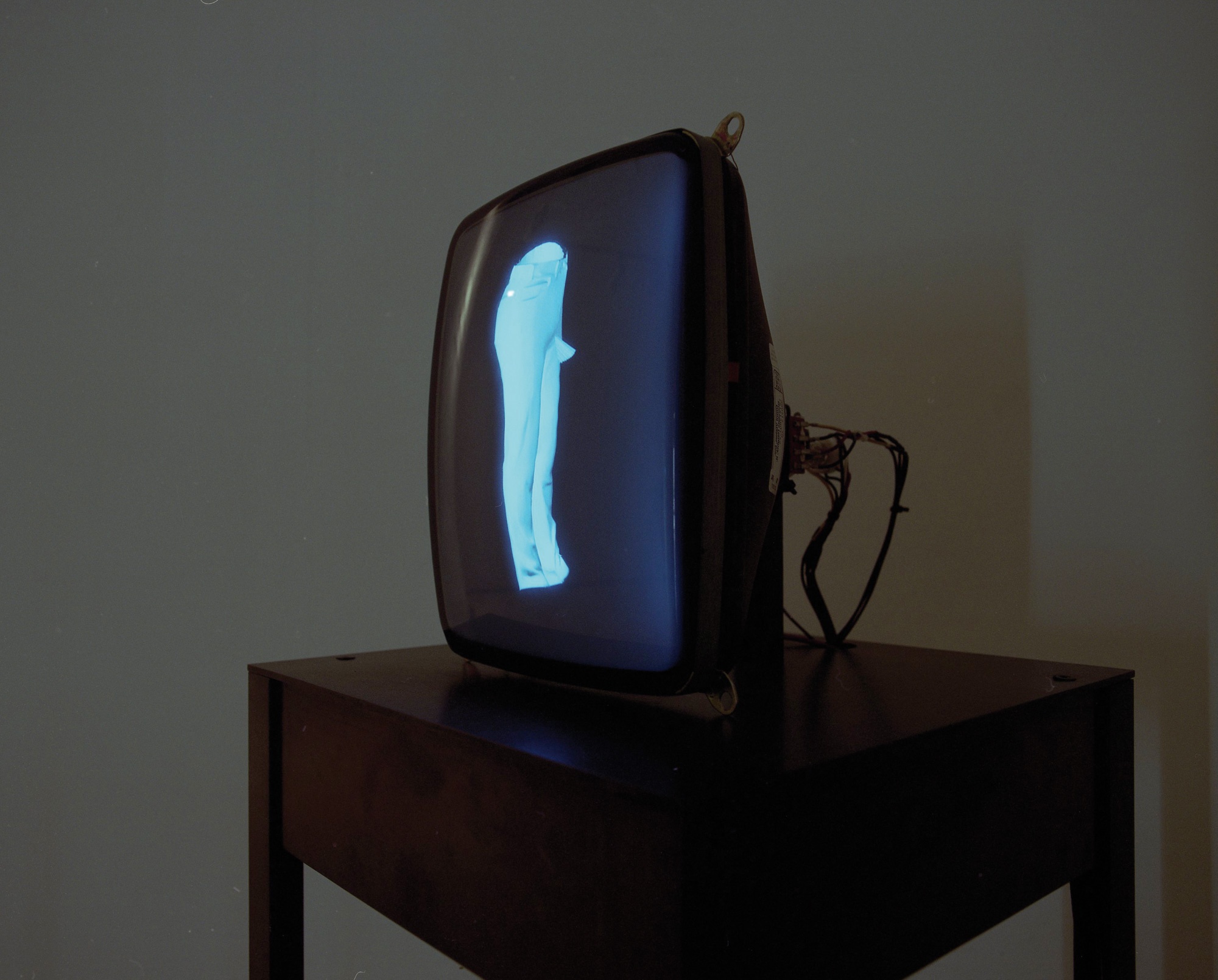 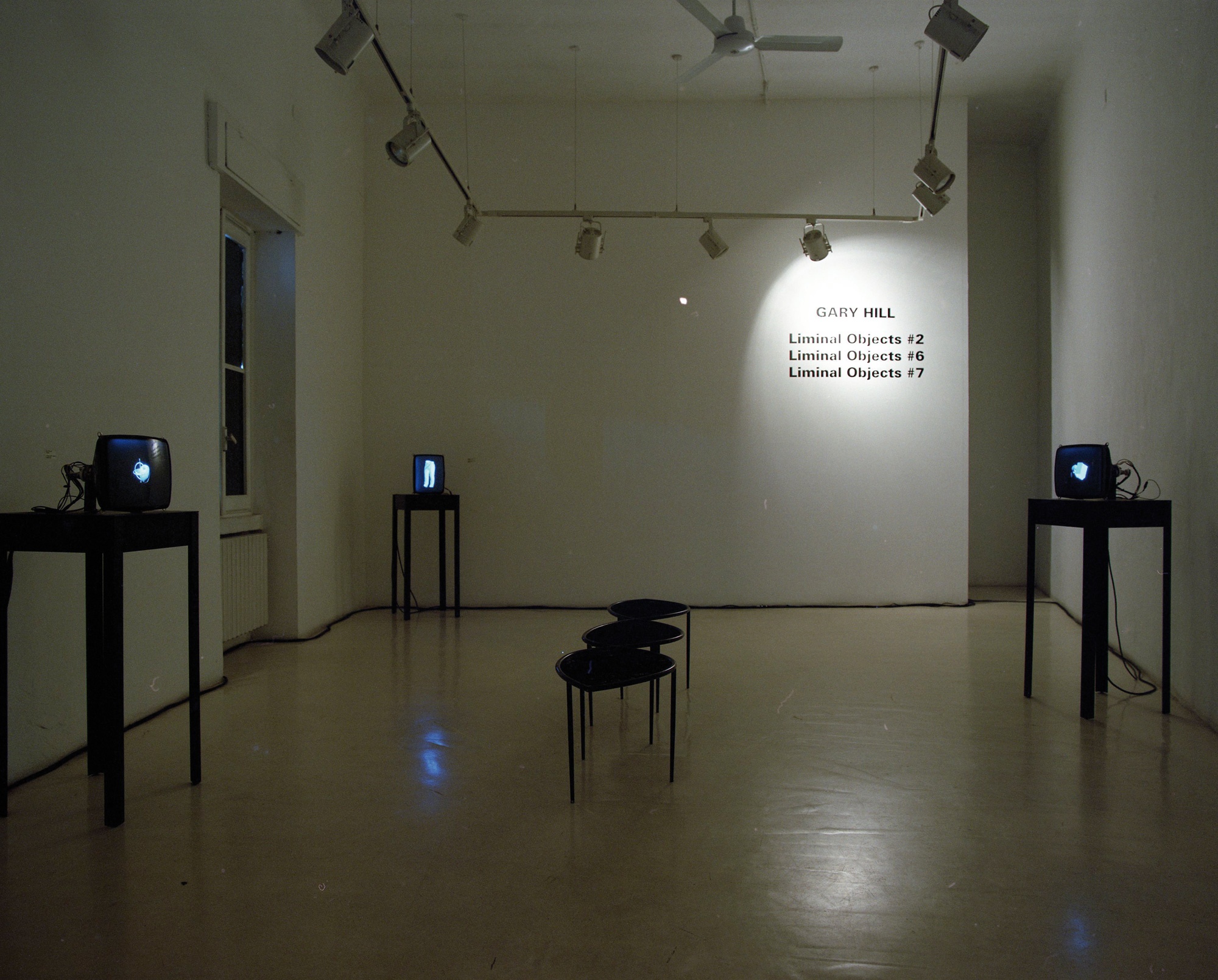 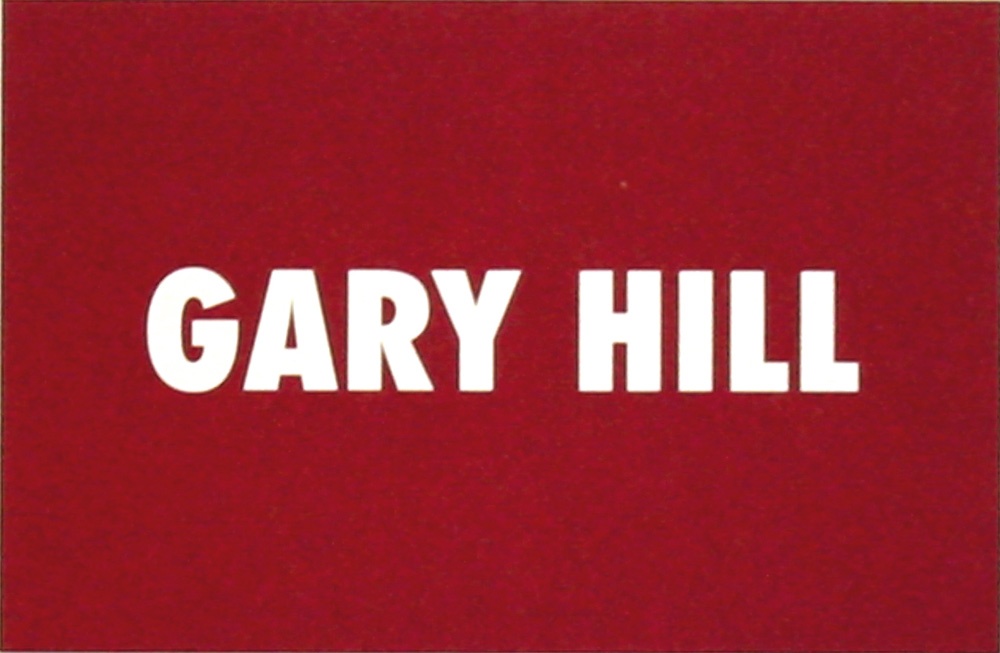 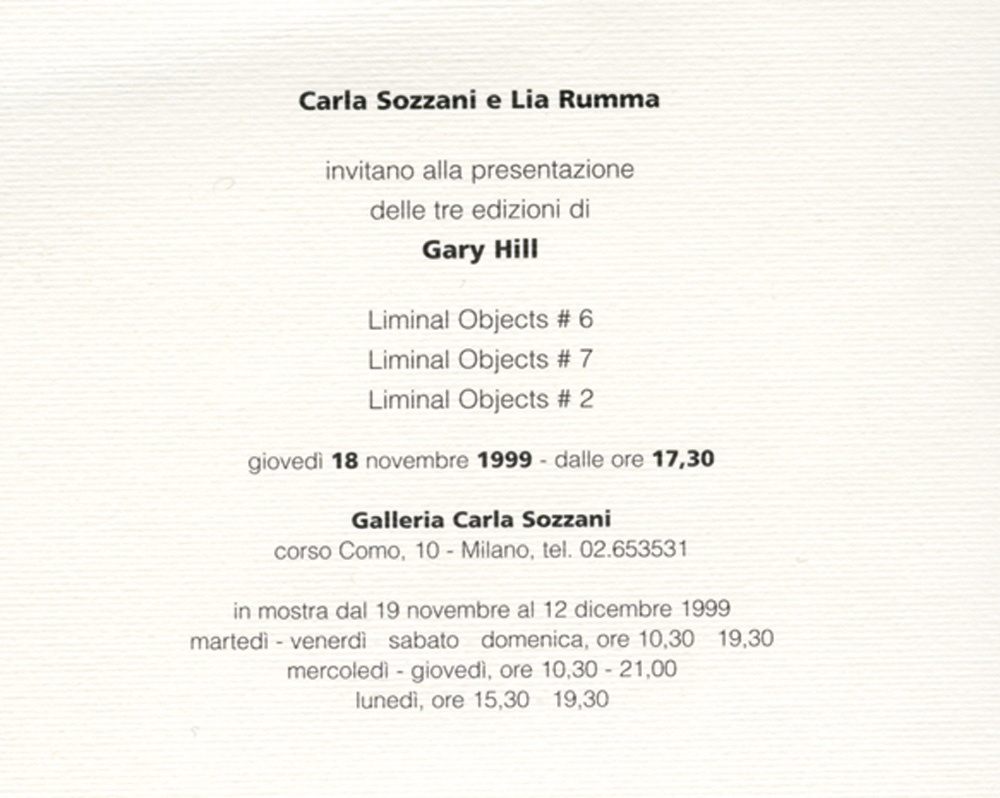 allestimento invito
Three video installations by artist Gary Hill are on exhibit at Galleria Carla Sozzani. Pairs of objects are projected onto monitors: a pair of trousers and a fan; an apple and a gyroscope; a house and a brain. Images virtually created on the computer move slowly and interact with one another. The onlooker – actively involved by virtue of attentive consideration of the exhibition space – is not only stimulated by interactive processes but is often subjected to differences in scale which produce an effect of proportions out of phase and emotional disturbance. Through a combination of visual and spatial elements, the very structure of the work sensitises our mental and perceptive mechanisms, the flow of thoughts through our minds. This is one reason for the frequent presence in the artist’s work of his own body and voice, given special importance by use of the video camera. The resulting intense images create a state of suspension and invite us to look and listen carefully. The first edition of the series Liminal Objects #1 was presented at Galleria Lia Rumma in Naples in 1966.
download