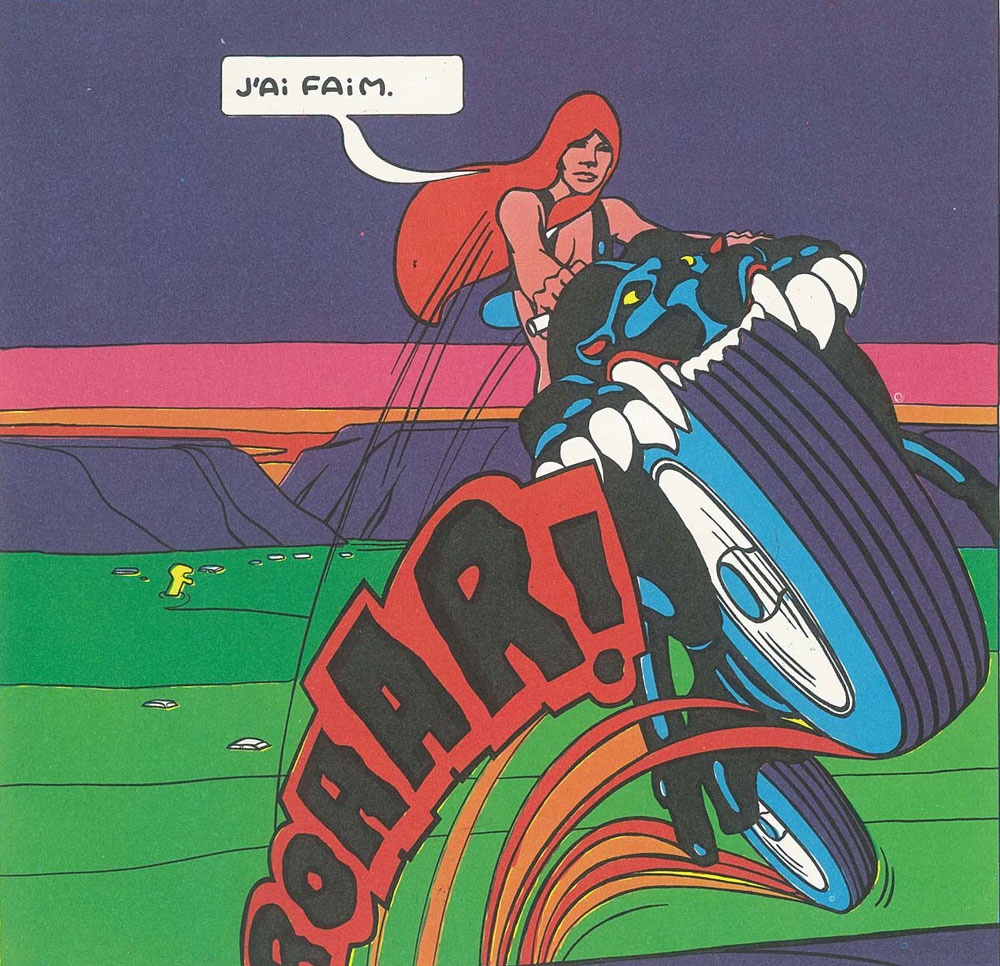 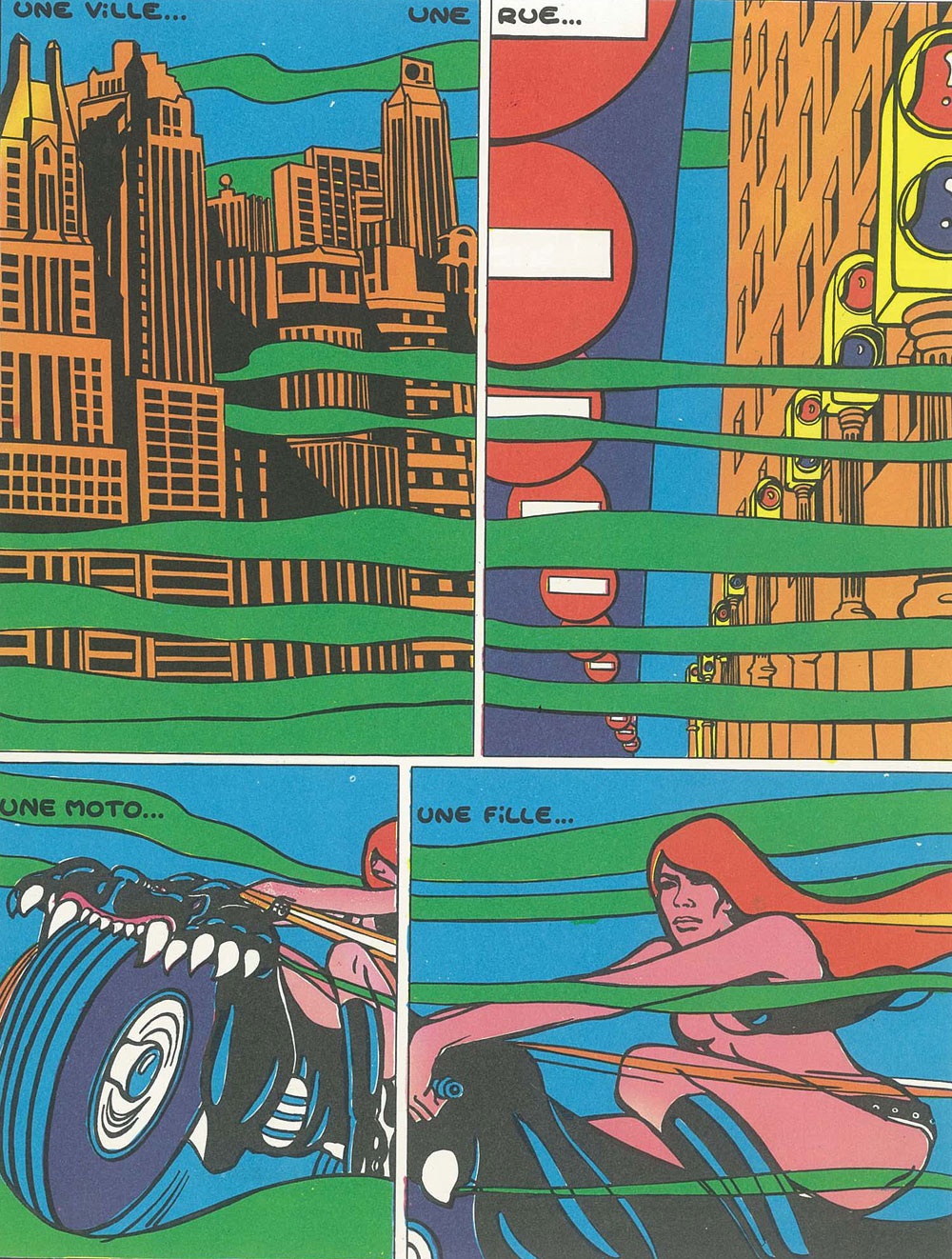 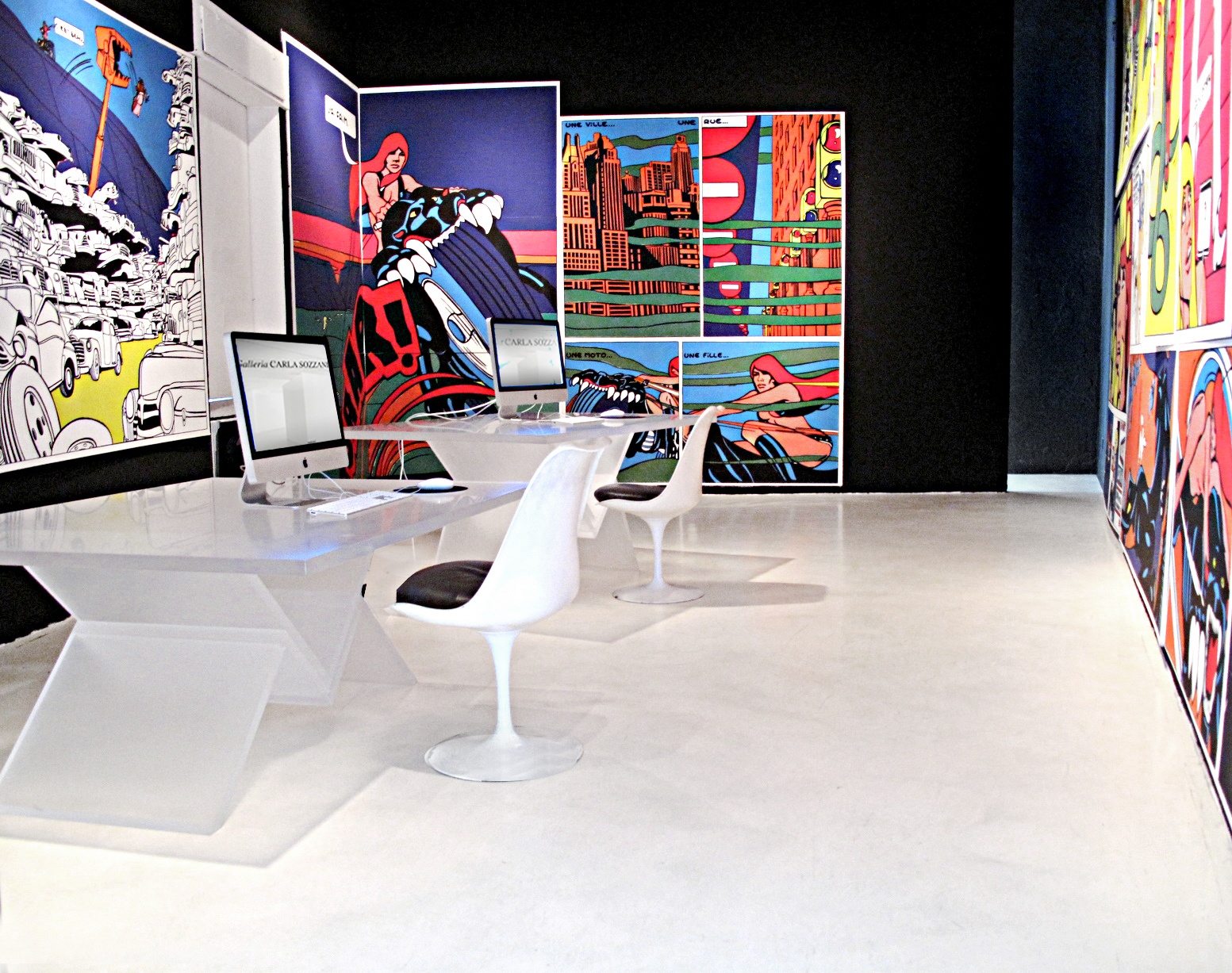 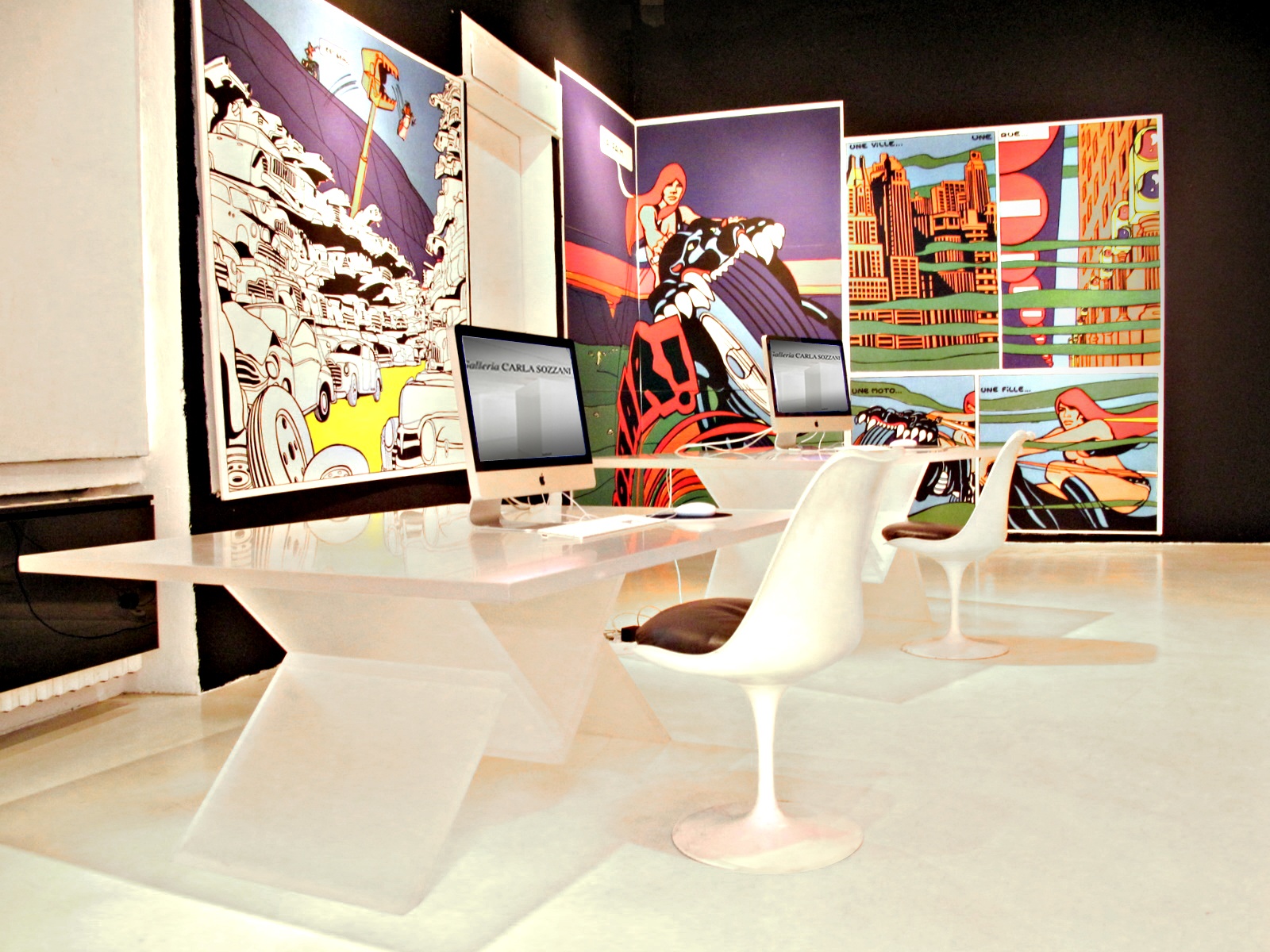 allestimento
Guy Peellaert is an unusual inventor of images, a creator of revolutionary and transgressive visual stories, ambiguously positioned somewhere between credibility and absurdity. He studied art in Brussels and worked as a set designer in the theatre, and in 1966 he published his first story in comics, ‘Les adventures de Jodelle’. The following year he created the character ‘Pravda la Survireuse’ (Pravda the Misfit), one of the first French comics to combine eroticism with pop culture in a pyrotechnic sequence of situations. Peellaert draws inspiration from Françoise Hardy for his heroine: a modern amazon dressed in leather and riding a powerful motorbike. Pravda’s adventures take place in a city of the future populated by a degenerate version of humanity.
download